The holiday comes on a Thursday this year.

The 4th of July marks America's Independence Day, and it's an excuse to travel, barbecue, and set off fireworks. It's also a holiday that often falls midweek, giving some people a random day off, followed by a brief return to work, and others get a long weekend.

This year, the holiday falls on a Thursday. That's better than last year, when it took place on a Wednesday, meaning companies either made workers come back to work after a day off or gave them a five-day weekend.

Spending trends in 2018 offer some insight as to how Americans will open their wallets for the holiday. Most plan ahead with gas and food purchases leading the way, according to data from Bank of America's more than 50 million active credit and debit cardholders. 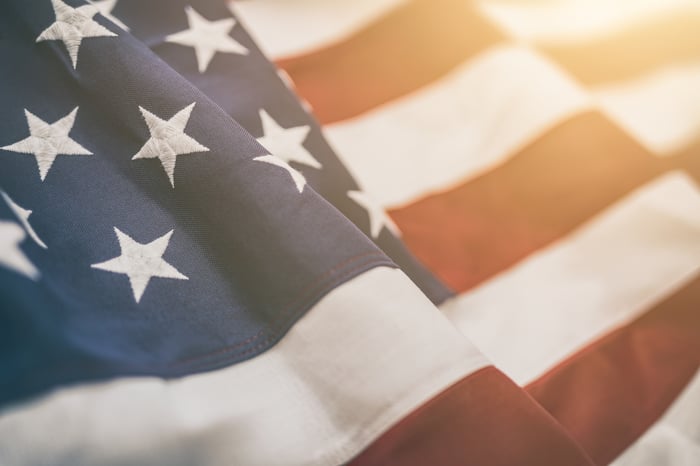 The 4th of July can be celebrated without breaking the bank. Image source: Getty Images.

For many Americans, the 4th of July is a travel holiday. In fact, in 2018, July 2 was the summer day when Americans spent the most on travel -- 27% more than the average day. Gas sales actually dropped by 15% on the holiday itself compared to an average day. That's likely because most people gassed up on Friday, June 30, a day where gas spending was 32% above average (the second highest gas spending day of the summer).

People waited a little longer when it came to food spending. July 3 was the summer day when people spent the most in grocery stores -- 30% more than the average day for all of 2018. That makes sense because more Americans celebrated at home than in restaurants, which saw their business drop by 24% compared to the average summer day. July 4 was actually the day where people spent the least in restaurants of the entire summer.

Stores also take a hit on the 4th of July. Retail transactions were down 12% compared to an average day in 2018, and total spending dropped by 19%.

Americans made the most of Independence Day time off by traveling before the holiday, according to our customer data. Unsurprisingly, most appeared to choose at-home celebrations like firing up the grill over eating out and shopping July 4th sales.

Some holidays come with a lot of financial pressure. On Mother's Day, for example, there's an expectation of going out to eat. The 4th of July comes with none of that pressure, and that's great for Americans looking to have fun while keeping their expenses down.

Most cities and towns have free 4th of July fireworks events. Pair one of those with a homemade cheeseburger and the beverage of your choice, and you have a fiscally responsible Independence Day.

This is a holiday where gifts aren't needed and where anything sold for the event is a waste of money (pass on those light-up sunglasses and glow sticks). Celebrate the 4th without breaking the bank, and that puts you on a solid path for a fun, but budget-smart summer.