Rite Aid (NYSE:RAD) took investors on a wild ride last week. Shares of the out-of-favor drugstore operator soared 21% on Thursday, after the company announced a deal with Amazon.com (NASDAQ:AMZN) as the first partner of Counter, a network of staffed pickup centers that will initially open in 100 Rite Aid stores across the country.

The Amazon news helped save Rite Aid from another earnings-related stock hit, as the news followed a weak fiscal first-quarter report after Wednesday's market close. Comps were marginally positive, but Rite Aid still posted an adjusted loss that was twice as large as analysts had been expecting.

Counter can help. It can drum up more in-store traffic. By the end of this year, the merch pick-up platform should be open in 1,500 Rite Aid stores.

The drugstore chain's timeline over the past few years has been a downward spiral of bad moves and a pair of acquisition proposals that came undone, and it's undeniable that the chatter will now turn to whether Amazon will make a play for Rite Aid. Aren't the depressed shares a compelling value? Isn't Amazon hungry for a bricks-and-mortar presence?

Let's nip that talk in the bud. The third time won't be the charm for Rite Aid, because Amazon isn't buying. Let's go over three reasons the world's leading online retailer isn't likely to make a play for Rite Aid. 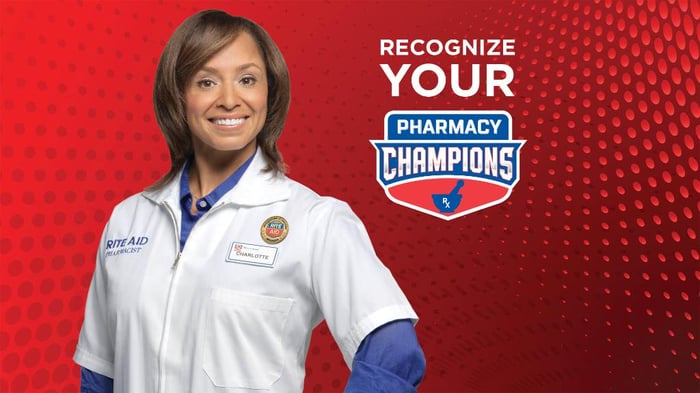 1. Counter isn't about one partner

Rite Aid is the first physical presence for Amazon's staffed pick-up outpost, but it's not likely to be the last. And although Rite Aid has roughly 2,500 stores, it has a presence in just 19 states. Amazon is going to need more partners if it wants to canvass the country with Counter. Why would it buy its first partner?

Buying Rite Aid may scare away other potential Counter partners. Keeping itself independent from the retailers will be way Amazon signs more deals in the future. A Rite Aid acquisition would set it back before Counter even gets a chance to prove itself.

It's true that Amazon is gradually opening namesake stores. It wants a physical presence in your life. The 2017 Whole Foods acquisition turned heads, and the way that it's succeeded in weaving its flagship online operations into the fabric of an organic grocery store chain is impressive. Whole Foods' merchandise is now part of the Prime Now expedited delivery service, and Amazon's Prime members receive discounts and perks for their in-store purchases at Whole Foods.

At first glance, it would seem Amazon could boost Rite Aid's standing just by porting what's worked with the Whole Foods deal, but it's not that easy. Rite Aid is not the niche darling Whole Foods was in high-end organics. Buying Rite Aid would be about securing a footprint across less than 40% of the states on the cheap, and that's just not enough for a chain that likes to aim higher.

3. Amazon stock would take a hit

Stunned investors bid shares of Amazon higher the day it announced plans to buy Whole Foods in mid-June 2017, and the stock has doubled in the two years that followed. There won't be the same kind of lovey-dovey reaction if Amazon buys a second-tier drugstore chain that isn't going to return to profitability anytime soon.

Amazon has pharmaceutical intentions. It unloaded drugstore.com years ago, but last summer's $1 billion deal for PillPack suggests that this is an industry it's targeting for disruption. Amazon doesn't need an old-school drugstore chain in its arsenal, especially not one that's fallen so far from the investing radar that it had to execute a 1-for-20 reverse stock split to remain in exchange-listing compliance two months ago.

There may be long-term value in Rite Aid as a turnaround story for value investors, but Amazon stands to lose too much as a buyer.