Constellation Brands (NYSE:STZ) brewed up another strong quarter on the back of its Corona and Modelo family of beer brands, which posted stronger-than-expected shipment volumes.

Although first-quarter sales beat analyst projections, the beer distributor was weighed down by its $4 billion investment in marijuana producer Canopy Growth (NASDAQ:CGC), which turned a year-ago profit for Constellation into a loss. But absent Canopy's impact, Constellation earnings blew past Wall Street's profit forecast, posting earnings of $2.21 per share versus the consensus estimate of $2.07 per share.

With its beer still on a solid growth trajectory and its wine and spirits business ready to capitalize on the continued premiumization trend, Constellation Brands still seems to be on solid ground. 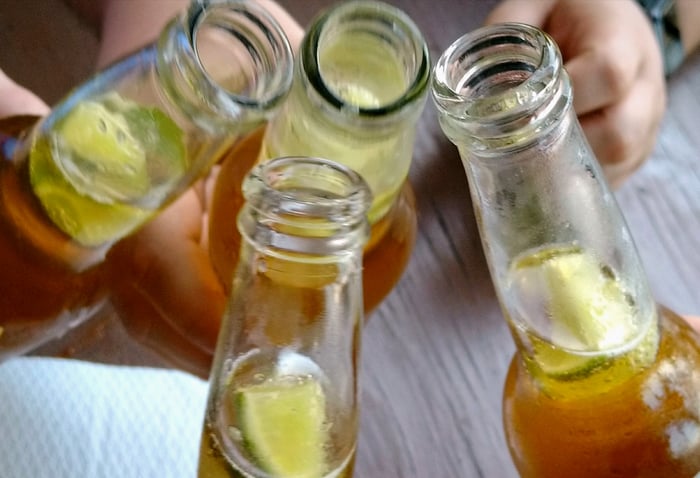 Mexican imports continue to dominate the beer market. Not only did Constellation's beer segment post robust 7% depletions growth in the quarter, but its Modelo Especial beer was the entire U.S. beer industry's top market-share winner, witnessing 17% depletion growth. Depletions, which are sales to distributors and retailers, are typically considered an industry proxy for consumer demand.

The strong performance is not really a surprise, as the market researchers at IRI recorded phenomenal gains by almost all of Constellation's beer brands in May. But the beer distributor also said it is expecting shipment volumes to reverse for the remainder of the year, meaning this could be the high-water mark for the company.

That slack might be picked up by Constellation's wine and spirits portfolio, though. It sold a collection of lower-end brands to E&J Gallo Winery for $1.7 billion so it could focus almost exclusively on the premium and super-premium markets. It's a strategy rival Diageo has been pursuing effectively, as it also unloaded a bevy of low-end spirits last year.

Although reported results are obviously down year over year because of the loss of contribution from these wines and spirits, Constellation's remaining premium portfolio delivered industry-leading depletion growth of 4%.

The surprise here might be that its Svedka vodka brand saw depletions grow 6% in the quarter. Vodka has generally been one of the weaker spirits, with the Distilled Spirits Council reporting volume growth of just 1.6% in 2018. But that was not spread evenly across the price categories, as value, premium, and super-premium segments were all lower year over year, with only high-end premium gaining. That gain was an 11.4% increase, which was able to offset all the declines seen in the other categories and serves to underscore Constellation's bet in the high-end market.

Cannabis-based drinks are somewhere in Constellation's future, too, should they be legalized in the U.S., but right now its investment in the space is a drag. Constellation issued full-year earnings guidance of $8.65 per share to $8.95 per share, but when you include Canopy in the mix, that drops to just $4.95 per share to $5.25 per share.

The company, though, said it was keeping Canopy's impact out of its assumptions for now as it continues to evaluate how that will affect earnings. And those assumptions still see beer net sales and operating income growing 7% to 9% and wine and spirits sales falling as much as 25%, though that's because of the sale of Constellation's low-end portfolio. It anticipates the deal closing by the end of the second quarter.

Growth is still on tap

Constellation is still investing in the rest of its business, forecasting it will spend anywhere from $800 million to $900 million in capital expenditures, but it knows into which glass to put its lime: Some $600 million of those investments will be going into Mexican beer to expand operations.

The distributor has introduced several new products, such as Corona Premier, a super-light beer, and Refresca, a flavored malt beverage tackling the hard seltzer market, which has been a major boost to the craft beer industry.

Constellation Brands remains the leading beer company among a sea of rivals all watching their brands slack off and decline, but it has positioned itself to dominate wine and spirits, too. But it expects volumes to shift lower for the rest of the year, which could mean Constellation will see its stock go flat.