Public Storage (NYSE:PSA) is the undisputed leader in the self-storage industry, and the stock had been quite a market laggard until recently. However, tides have turned, and Public Storage is now up 18% in 2019. Is it still a good buy, or has it become too expensive?

As I mentioned, Public Storage is the leader in the self-storage space. At the end of 2018, it owned more than 2,400 U.S. storage facilities and 96 business parks, and had interests in 232 European properties through its Shurgard partnership. 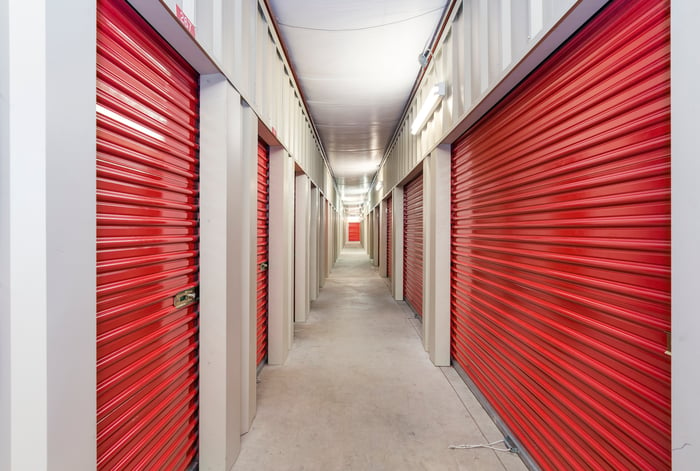 Why invest in Public Storage?

First off, self-storage is a relatively inexpensive business to run. Self-storage properties are rather inexpensive to build, staff, and maintain when compared with other major commercial property types. In fact, Public Storage has previously said that it can break even with about 30% occupancy in its properties, and its occupancy rate is currently 92.5%. That's a big margin of safety.

Public Storage also has a rock-solid balance sheet. Most real estate investment trusts use a considerable level of debt to fund their operations -- debt in the 30%-40% of total capitalization range is common. Well, Public Storage has just about 3.2% (not a typo) of its capitalization in the form of debt. Even when including preferred equity, it's only about 10%. This low leverage is a main reason why Public Storage enjoys that massive margin of safety I just mentioned -- many debt-reliant peers need far more than 30% occupancy to cover their costs.

Over the years, Public Storage has built up a great dividend track record. Since 2002, the company's dividend has grown at a 9.8% annualized rate, and the current 3.4% yield is well covered by Public Storage's earnings.

Finally, Public Storage is starting to branch out. Traditionally, the company has primarily acquired properties and self-managed them. Now, it's investing heavily in ground-up development, which has the potential for superior returns. It also just started its third-party management business in 2018. With only 20 properties under management, this is still just a drop in the bucket, but it has lots of potential to grow into a serious revenue stream.

Risks and downsides to know

There are a few major risk factors to investing in self-storage REITs like Public Storage, including:

Public Storage is an industry-leading company with a rock-solid balance sheet and a steady, reliable dividend. Like all stocks, there are risks to consider, but this is a case where the pros certainly outweigh the cons. Public Storage has been a staple in my own portfolio for years, and I don't foresee that changing anytime soon.