Shares of Illumina (NASDAQ:ILMN) climbed 20% in the month of June, according to data from S&P Global Market Intelligence, as multiple analysts weighed in with positive notes on the gene-sequencing leader amid regulatory delays for its pending acquisition of Pacific Biosciences (NASDAQ:PACB).

Illumina shot higher at the start of last month, helped by both a positive coverage initiation (at outperform with a $380-per-share target) from Wolfe Research on May 30, as well as the broader market's rise (including a 7% increase from the S&P 500) as global trade tensions eased.

That momentum was carried forward on June 10 by Canaccord Genuity analyst Mark Massaro, who reiterated his buy rating and raised his per-share price target on the stock by $10 to $360. To justify his relative bullishness, Massaro pointed to meetings with management, which left him confident that demand for the company's high-margin sequencing products remains intact. He added that Illumina's research and development and "best-in-class people" should help it sustain its industry leadership for years to come. 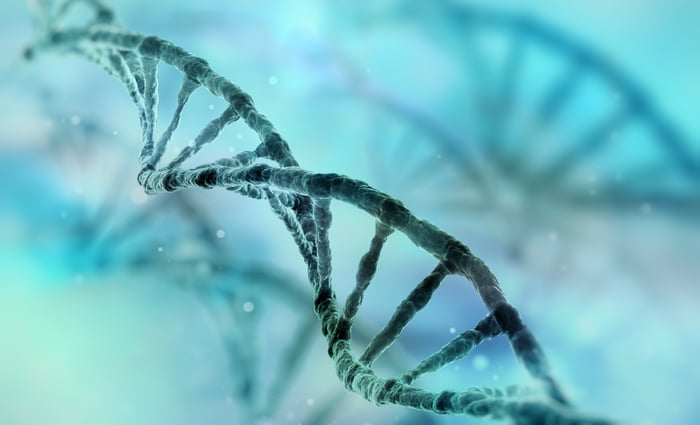 A few days later on June 13, Cantor Fitzgerald's Jordan Abrams noted a June 18 deadline was approaching for the U.K.'s Competition and Markets Authority (CMA) -- which opened a probe into the Pacific Biosciences deal in April -- to decide whether to move its efforts to a phase 2 investigation. But while Abrams reiterated his neutral rating on Pacific Biosciences shares in response, he also believes that the acquisition would "ultimately close" regardless of the phase 2 risk.

Sure enough, on June 18, Illumina disclosed that the CMA would almost certainly refer its Pacific Biosciences acquisition for phase 2 review, and insisted both companies would "continue to work cooperatively" with the authority. As such, rather than meeting its originally expected close around the middle of 2019, Illumina now expects to complete the transaction in the fourth quarter of this year.

And on June 17, Illumina announced it had won a U.K. patent-infringement suit brought against Ariosa Diagnostics over the latter company's competing noninvasive prenatal tests (NIPTs). Illumina general counsel Charles Dadswell said he was pleased with the court's decision, which effectively "affirms the value of [Illumina's] NIPT portfolio and the significant contributions of the inventors in this field."

Finally, on June 20, Abrams touched base again, saying, "The CMA's initial due diligence on anti-competitive concerns was justified, but a better understanding of Pacific Biosciences technology will show that [Illumina's long-read sequencing technology] in its current form is a complement, rather than a substitute, to [Pacific Biosciences' short-read solutions]."

Make no mistake: Bringing these two companies' respective technologies together would give Illumina a commanding leadership position in the multibillion-dollar DNA sequencing market. With its shares down nearly 10% from their April highs and up only slightly through the first five months of the year, these votes of confidence from Wall Street were just what the market needed to drive the stock higher last month.