Shares in Rockwell Automation (NYSE:ROK) rose 10.1% in June, according to data provided by S&P Global Market Intelligence. It would be interesting to attribute the move to some kind of earnings event, but it probably comes down to following the market higher during June. 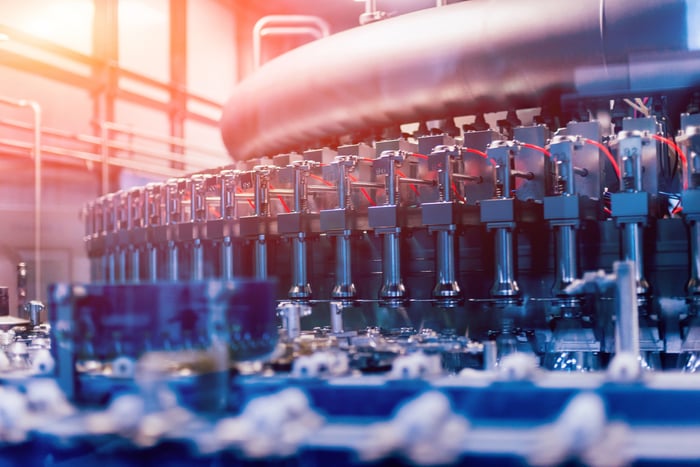 All of which means Rockwell is always going to be pushed around by sentiment on the economy. Moreover, the company has had industry-specific issues to deal with in 2019. It slumped nearly 18% in May after lowering its full-year guidance on organic sales growth to a range of 3.7% to 5.3%, compared with a previous estimate of 3.7% to 6.7%, largely down to a weakening outlook for automotive based sales.

It's no secret that areas like consumer electronics, automotive, and China have seen some weakness in 2019, and Rockwell's exposure will naturally lead to concerns. But the rise in the stock price in June is a reminder that valuations also matter. Moreover, the market may have been pricing in a sustained slowdown that possibly won't occur.

Rockwell's earnings are also helped by sentiment. For example, management hopes for more spending from its heavy industries and oil & gas customers -- an area that is seen as having a lot of pent-up spending following a few years of weakness. If companies in those industries are feeling comfortable about the long-term outlook, then they will release spending budgets.

As ever, investors will focus on the outlook for global growth in general. Specifically for Rockwell, the swing factor in its fiscal 2019 is likely to be the automotive industry. Any sign of stabilization there, or a demonstration that Rockwell can grow sales to the electric vehicle market -- seen as a growth area -- and its good run could extend.