Shares in engineering contractor Fluor (NYSE:FLR) rose 21.5% in June, according to data provided by S&P Global Market Intelligence. That trend was a marked reversal of the 30% slump Fluor took in May following the release of a disappointing first-quarter earnings report. However, June's gains only amounted to a recovery of about half of May's value decline.

The S&P 500 had a strong month in June, and its 6.9% rise surely reflected the market's willingness to accept more risk. Such market conditions usually encourage buying in speculative stocks like Fluor.

The company has been beset with execution issues in recent years, and 2018's earnings fell significantly short of management's expectations. On May 2, Fluor revealed that its poor run had extended into 2019, slashed earnings guidance, and announced the departure of its CEO. 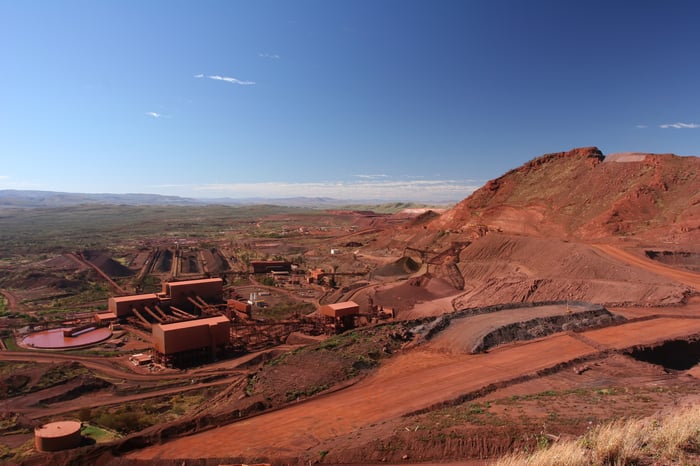 Fluor's management has, by its own admission, been overly aggressive in bidding for contracts. That has come back to haunt the company as a number of projects are suffering from execution issues and cost overruns -- particularly among its gas-fired power plants.

On the positive side, its backlog is rising and its end markets appear to be improving. Moreover, the company is exiting the gas-fired power plant business, and the selloff of the stock has left it looking more like good value. On the other hand, 49% of its backlog is in fixed-price contracts, and investors will naturally be concerned about the quality of the work in its backlog. In addition, according to interim CEO Carlos Hernandez, there are ongoing issues with a client to be resolved, so don't be surprised if there are more charges to come.

Fluor stock could turn out to be heavily undervalued at current levels, provided it sorts out its execution issues and there aren't any nasty surprises in its backlog.

Alternatively, there could be another round of charges that lead to a more protracted share price decline. It's a classic high risk/high reward situation, and one that should probably be avoided by most investors.

Investors will just have to sit and wait until the company updates the market with its next set of quarterly results. Frankly, Fluor will need to deliver a few quarters without any significant charges before onlookers can start to feel convinced that the company is on the right track.