However, Tencent and Weibo are now the top gateways for product searches and research regarding luxury products according to the "Tencent x BCG 2019 China True-Luxury Playbook", a joint study conducted by Tencent Marketing Solutions and Boston Consulting Group. 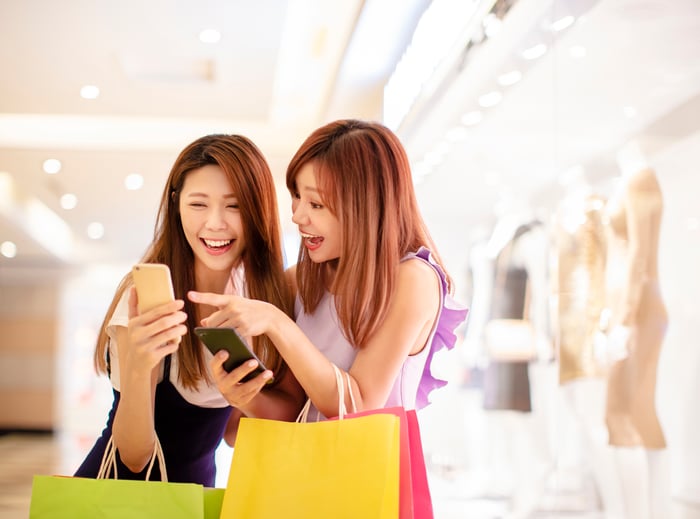 The survey didn't reveal where the consumers made their final purchases, but it indicates that luxury brands that want to attract Chinese shoppers should establish meaningful presences on WeChat and Weibo.

Two years ago Tencent launched Mini Programs for WeChat. These mini apps -- which included games, ride hailing services, meal delivery services, and more -- run inside WeChat and allow Tencent to operate a mobile ecosystem of apps without owning a mobile OS like iOS or Android.

Last year Tencent revealed that over a million Mini Programs were running inside WeChat, and more than 200 million users were accessing those apps daily. The growth of Tencent's Mini Programs attracted the attention of leading luxury companies like LVMH (OTC:LVMUY), which launched a dedicated Mini Program earlier this year.

This strategy is catching fire: Gartner recently reported that 70% of fashion-focused luxury brands now operate WeChat Mini Programs in China, up from just 40% in 2018. This benefits Tencent in four ways: It tethers brands to its WeChat Pay payments platform, boosts the appeal of WeChat ads, locks users into WeChat (which widens its moat against Alibaba (NYSE:BABA) and Baidu (NASDAQ:BIDU), and makes it easier to cross-sell cloud services to major companies. 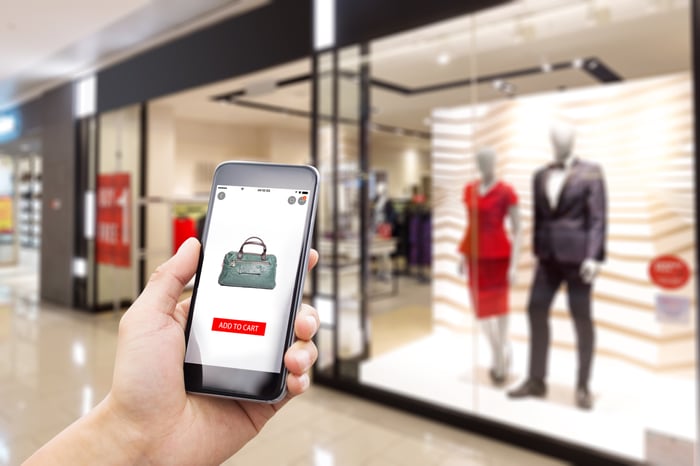 The popularity of WeChat for luxury searches also benefits Tencent's biggest e-commerce partner, JD.com (NASDAQ:JD). JD operates Mini Programs inside WeChat, and its e-commerce services are integrated into WeChat and WeChat Pay. Therefore, shoppers who want to shop around after doing their homework on WeChat could finish their purchases on JD.

Weibo has a smaller audience than WeChat, but it's the top platform for China's celebrities and social influencers. Weibo's top four celebrities -- Xie Na, He Jiong, Yang Mi, and Angelababy -- each have over 100 million followers. This makes Weibo an ideal platform for launching celebrity-backed luxury brands.

Weibo is often compared to Twitter, but its popularity with celebrities and social media influencers also makes it similar to Facebook's Instagram. Weibo generates most of its revenue from ads, so its growing popularity as a product search platform could spark more ad purchases from major luxury brands.

Investors should also note that Alibaba, China's top e-commerce player, also owns a major stake in Weibo and integrates its Tmall marketplace into the social network. That alliance, which mirrors Tencent's partnership with JD, enables Alibaba to retain a foothold in the booming "social shopping" market.

Tencent and BCG's report claims that China's luxury market grew 6% to $123 billion in 2018 and accounted for 33% of all luxury spending worldwide. It expects that figure to rise to 41% by 2025, buoyed by higher spending from China's younger Gen Z and Millennial shoppers.

That's great news for major luxury companies like LVMH, and it could help WeChat and Weibo lock in users and generate more advertising revenue. However, this shift could also be bad news for older online search platforms like Baidu, which could struggle to retain those ad revenues as brands eye hotter social platforms like WeChat, Weibo, and RED.