Shares of Ball Corporation (NYSE:BLL) jumped 14% last month, according to data provided by S&P Global Market Intelligence, after the company reported progress on a key initiative.

For most of June, Ball's stock rose along with the general market. Then its gains accelerated toward month's end.

On June 21, Ball Aerospace, a subsidiary, announced that a satellite it built for NASA's Green Propellant Infusion Mission (GPIM) was ready for launch on a SpaceX Falcon Heavy rocket. The small satellite uses a new propellant and propulsion system in orbit, providing a less toxic alternative to conventional chemical propulsion systems. 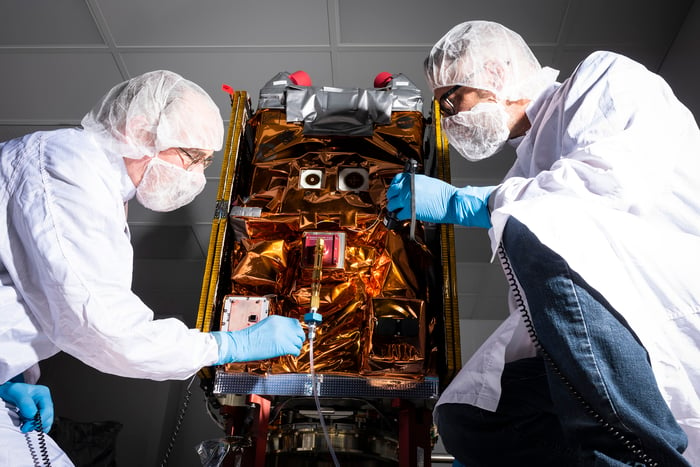 Together with its market-leading packaging business, Ball's aerospace operations have the company well positioned to deliver higher revenue and earnings in the years ahead.