Shares of Lumentum Holdings (NASDAQ:LITE) soared more than 30% last month, according to data provided by S&P Global Market Intelligence, following news that it might be able to resume sales to one of its largest customers.

Lumentum's stock plunged in May after the Commerce Department added Huawei Technologies to its Entity List, which effectively required U.S. companies to cease selling components to Huawei. The Chinese technology company accounted for approximately 15% of Lumentum's total revenue.

In June, however, trade talks between China and the U.S. began to improve. As part of the negotiations, President Trump agreed to remove some restrictions on Huawei's ability to purchase components from U.S. businesses. "U.S. companies can sell their equipment to Huawei," Trump said during the G20 summit, provided that the transactions would not create a "great, national emergency problem." 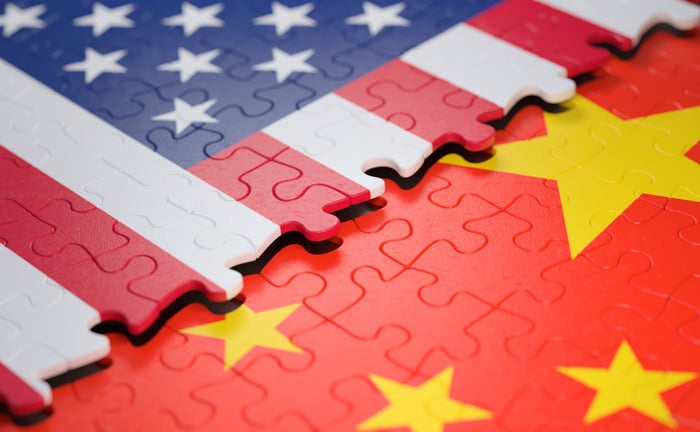 As trade talks between China and the U.S. come together, Lumentum stands to benefit. Image source: Getty Images.

It would be a significant positive if Lumentum were able to resume its sales to Huawei. As such, investors should monitor the ongoing trade talks for continued progress, as well as any updates from management in regard to Huawei.