The sports apparel company is solidifying its relationship with a key customer.

Shares of Under Armour (UAA 2.32%) (UA 2.19%) rose roughly 10% last month, according to data provided by S&P Global Market Intelligence, following positive comments by the CEO of its largest wholesale customer.

During its first-quarter earnings call on May 29, Robert W. Baird & Co. analyst Peter Benedict asked Dick's Sporting Goods (DKS 5.58%) CEO Edward Stack for an update on Under Armour's efforts to improve its product offerings within the retailer's stores. 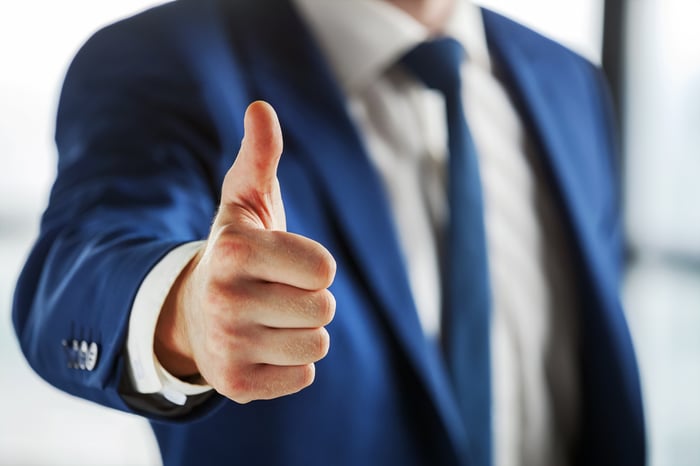 Under Armour's relationship with Dick's has been rocky in recent years. The sporting goods retailer reduced the amount of shelf space allotted to Under Armour in 2018, when sales of the brand's products at its locations stagnated, after Under Armour began selling its apparel in rival retailer Kohl's stores. Dick's used that shelf space to launch its own athletic apparel brand.

Although it's unlikely that Under Armour will regain the shelf space it lost in Dick's stores, Stack's comments suggest that its relationship with its most important customer is improving. That's vital for Under Amour's success, since -- even as it expands its direct-to-consumer business -- Dick's Sporting Goods is still likely to account for a significant portion of its sales for the foreseeable future.