The major market exchanges may have hit new highs last week, but there are always stocks bucking the trend. There were dozens of companies checking in with their lowest levels over the past year -- if not longer -- last week.

Tupperware (NYSE:TUP), AMC Entertainment (NYSE:AMC), and Kroger (NYSE:KR) were some of the more surprising stocks checking in with 52-week lows during the first trading week of the second half. Let's see what these three companies are getting wrong. 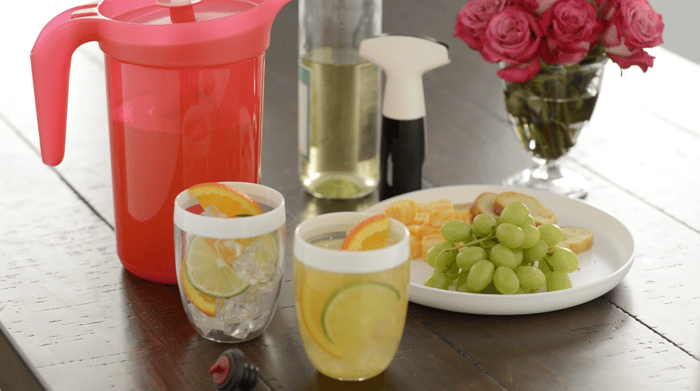 If you live by the beefy payout, you will die by the end of the beefy payout. Shares of Tupperware hit a 10-year low on Friday, continuing to reel from its decision earlier this year to slash its dividend by 60%. Tupperware announced at the time that it would redeploy the roughly $80 million in annual savings stemming from the move to growth and transformative initiatives, but you don't burn income investors and get away with it.

The end of the bountiful distributions isn't a surprise. Revenue has declined in four of the past five years. When was the last time that you were invited to a Tupperware party? Tupperware has tried to offset its fading stateside business through a big push overseas, particularly in emerging markets where it's generating two-thirds of its revenue. However, with Asia and Latin America facing their own economic setbacks it's easy to see why Tupperware's direct-to-consumer salesforce is also shrinking. The silver lining here is that the stock's drop has pushed the yield back up to 5.8%. The problem is that no dividend is sustainable if a business continues to shrink.

It's still surprising to see AMC hit an all-time low on Wednesday. Folks are still gravitating to movies, and the two leading third-party multiplex subscription services -- offerings that were devaluing the traditional moviegoing experience -- have currently suspended operations. AMC is now leading the way as disrupting itself, amassing more than 860,000 members to its own Stubs A-List subscription platform in its first year. There are concerns about next year's slate of movies, but analysts still see a return to profitability in 2020.

Supermarket chains have historically been seen as all-weather companies, yet here we see Kroger stock at its lowest level since late 2017. Unlike Tupperware with its dividend cut, Kroger actually boosted its payout last month.

Grocers are seen as defensive plays because they can thrive in good times when folks have money to spend on supermarket staples and in bad times when folks eat out less and rely on their local grocers even more. The problem with Kroger and many of its peers is that the arrival of discount department stores, warehouse clubs, and even e-commerce giants have weighed into the all-weather argument. The sell-off finds Kroger's dividend nearing a 3% yield, giving patient investors some pocket change as they wait out the lull.