Over 7,100 brick-and-mortar stores are expected to close in the U.S. this year due to competition from e-tailers and shifting consumer tastes. Those closures support the notion that the "retail apocalypse," which started in 2010, isn't over. Still, brick-and-mortar stores are expected to account for 89.3% of all spending in the U.S. this year, according to eMarketer, compared to just 10.7% from e-commerce channels. 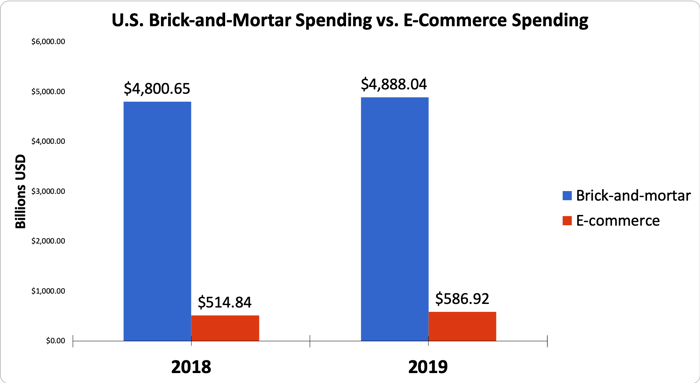 E-commerce revenue is expected to rise 14% in 2019, but brick-and-mortar revenue should climb 1.8% -- indicating that not all traditional retailers are being wiped out. Consumers are still spending money in certain types of shops, including superstores like Walmart, warehouse retailers like Costco, specialty apparel purveyors like lululemon athletica, and discounters like Dollar General. All of these retailers are actually opening stores instead of closing them.

But other shops are losing ground. Traditional department stores and mall-based stores are struggling as malls die out, and many apparel retailers can't keep pace with fast-fashion rivals like Zara. Brick-and-mortar stores won't vanish anytime soon, but only the "best in breed" players will survive the retail industry's ongoing transformation.