Please ensure Javascript is enabled for purposes of website accessibility
Free Article Join Over 1 Million Premium Members And Get More In-Depth Stock Guidance and Research
By Leo Sun - Jul 8, 2019 at 6:14AM

The rise of Chinese tourists traveling outside of a group represents a lucrative growth opportunity for the country’s top messaging platform.

Chinese tech giant Tencent ( TCEHY 3.94% ) recently partnered with Finnish start-up Whim, the city of Helsinki, and others to launch MyHelsinki, an all-in-one tourism app for Chinese tourists to the city. This version of MyHelsinki is a mini-program inside WeChat, and bundles together locally sourced travel recommendations, public transportation and ride-hailing features, translation services, payment services, and more.

MyHelsinki lets Chinese tourists access all the tools they need without ever leaving WeChat, China's top messaging platform with over 1.1 billion monthly active users. Helsinki, which serves one of the busiest direct flight pathways between China and Europe, was the ideal launch market; 220,000 Chinese travelers booked overnight stays in Helsinki last year, a figure that more than doubled over the past five years. 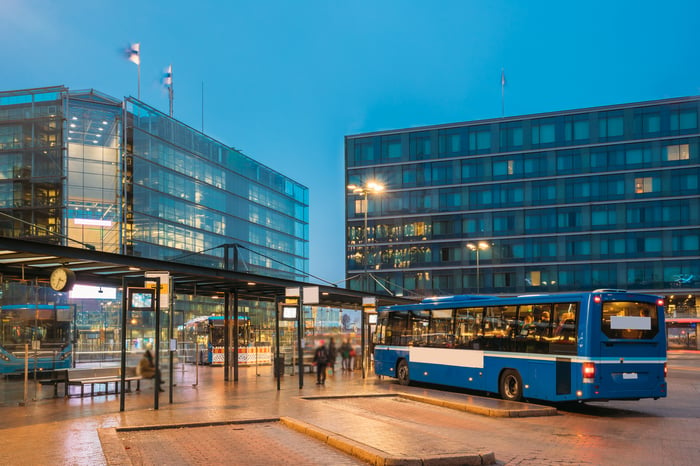 A new growth opportunity for Tencent

Tencent generates most of its revenue from online games, ads, online payment services, and enterprise cloud services. One of the company's top priorities is the expansion of WeChat into an all-in-one platform with mini-programs (slimmed down apps) that provide food deliveries, shopping services, online payments, ride-hailing services, games, and other services.

Tencent launched the mini-program platform in 2017. Last year it claimed that WeChat hosted over a million mini-programs, which served more than 200 million users daily.

The growth of this ecosystem benefits Tencent in several ways: It locks users into WeChat. It lets it control a mobile app ecosystem without owning a major operating system like iOS or Android. It keeps third-party services tethered to its WeChat Pay payments platform. It increases the appeal of WeChat ads.

Those growth rates will inevitably cool off, especially with the trade war and depreciating yuan throttling the spending power of the average Chinese traveler. Chinese travelers are also booking fewer "shopping spree" tour groups, thanks to lower tariffs back home, and opting more for local experiences, during which they might shop less. 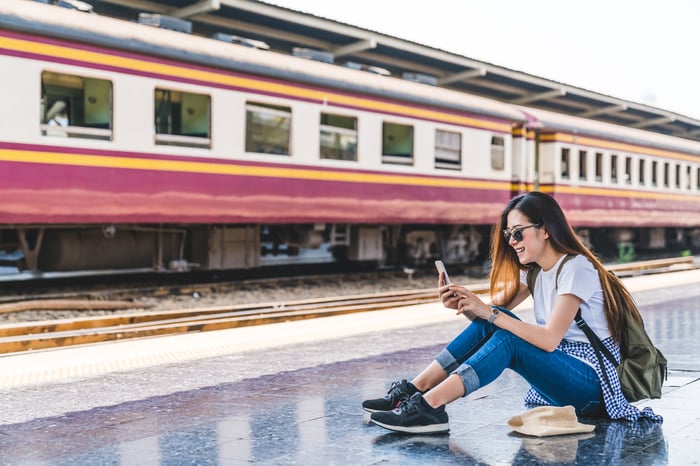 Those headwinds seem challenging, but the rise of Chinese travelers traveling on their own actually presents Tencent with a long-term opportunity. As more Chinese tourists ditch the tour groups and venture forth on their own, a localized tourism app like MyHelsinki could be an invaluable tool.

Widening the moat against Alibaba

These competing OTAs represent just one of the many fronts where Tencent's ecosystem clashes against Alibaba's. Other flashpoints include mobile payments, smart retail, cloud services, streaming video, and streaming music. Alipay also hosts its own ecosystem of mini-programs aimed at countering WeChat.

It's highly likely that Tencent will tether MyHelsinki and other similar destination apps to Meituan Travel. It also wouldn't be surprising to see Alibaba respond by launching similar apps that are tethered to Fliggy and Alipay.

Tencent's MyHelsinki app won't move the needle for the tech giant on its own, but it marks a big step for WeChat into the tourism market. If the app works smoothly and attracts more users, we could see other cities launch similar apps -- which would help Tencent extend WeChat Pay's reach and keep users tightly locked into its sprawling ecosystem.