Monday was a tough day on Wall Street, as market participants sent major benchmarks down from their recent record highs. Some investors fear that without extensive rate cuts, stocks might be overvalued, and with short-term Treasury bills on the rise, the odds of a favorable move from the Fed fell slightly. Downward pressure from several key stocks didn't help the sour mood. Deutsche Bank (DB 0.54%), Intra-Cellular Therapies (ITCI -0.75%), and Coherus BioSciences (CHRS -1.57%) were among the worst performers. Here's why they did so poorly.

Shares of Deutsche Bank dropped 6% after the German bank announced significant restructuring efforts. The bank will get rid of its sales and trading business in equities worldwide, with sizable cuts to its investment banking business overall. In all, 18,000 jobs will go away, and Deutsche Bank will have to take an $8.3 billion restructuring charge as a result. Investors often react positively to moves like what the German bank did, but in Deutsche Bank's case, the cuts were so severe that it's far from obvious where the future growth will come from to bring about a recovery from a tough period for the financial institution. 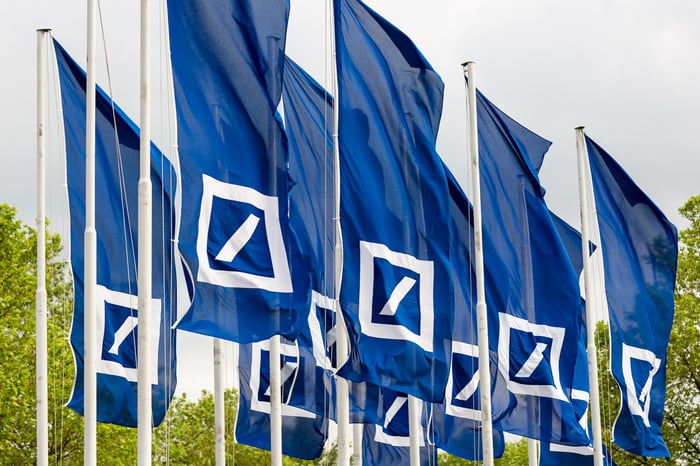 Intra-Cellular Therapies saw its stock fall 13% following its announcement of trial results for its lumateperone treatment for bipolar depression. One of the phase 3 trials showed that the drug met its primary endpoint of improved scores on a depression rating scale, with statistically significant results in two patient groups. However, a second study failed to produce a statistically significant separation from placebo results. With high hopes for both studies, investors weren't willing to give lumateperone the benefit of the doubt, even with the company noting that positive responses to placebo were somewhat high.

Finally, shares of Coherus BioSciences sank 13%. The company gave preliminary guidance for revenue from its Udenyca biosimilar treatment for cancer patients, estimating that it had sales of between $79 million and $84 million from the drug during the second quarter. Although that number was considerably higher than the consensus forecast among investors for total revenue from Coherus, some shareholders had likely hoped for even better performance, given the manufacturing volume numbers the biosimilar producer had announced earlier this month. Even with today's drop, Coherus shares have more than doubled so far this year.