In the wake of yet another scandal, shares of beleaguered Deutsche Bank hit a multi-decade low. As the German lender tries to correct the mistakes of a failed ambition to take on Wall Street's finest, we revisit the question: Is Deutsche Bank a Buy?

This month, shares of German lender Deutsche Bank AG (DB -0.80%) closed below 8.00 euros for the first time ever, achieving an all-time low as the market continued to digest last month's raids by German authorities investigating tax evasion and money laundering within the bank's wealth management unit. With the shares valued at barely above one-third their tangible net worth (an accounting measure of value that subtracts all liabilities from a firm's tangible assets), contrarian investors are surely wondering: Is Deutsche Bank a buy?

In fact, I asked the same question two years ago, when the shares were near an eight-year low. My answer then was unequivocal:

Deutsche Bank's shares cannot be considered anything other than speculative: How can one expect to earn an "adequate return" on a stock investment when the underlying business appears incapable of doing so on behalf of common stockholders?

That turned out to be a good call, with the shares down by 56%, as of last Friday's close. But as we look forward, have the facts changed in a way that would warrant a change of mind? 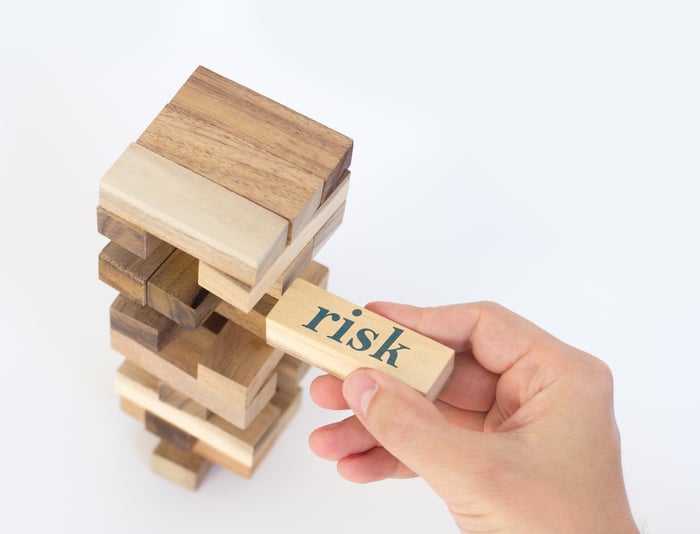 Any economic return is at least three years away

Two years ago, I pointed out that, in the eight-year period spanning 2008 to 2015, Deutsche Bank had achieved an annual return on equity in excess of 10% just once, in 2009 (paradoxically, an excellent year for the banking sector). That dismal consistency has continued, unblemished:

(Ten percent is a benchmark for return on equity in the banking sector, but even at 10%, it's not clear Deutsche Bank would be earning an economic return for shareholders: Bloomberg puts the bank's cost of equity at nearly 14%!)

And while the stock market is forward-looking, the consensus estimates for return on equity in 2019 and 2020 are 2.2% and 3.5%, respectively. The bank's own targets don't call for a 10% return on tangible equity before 2021; the goal for next year is an anemic 4%.

Those numbers are implacable: Over the long term, a stock's returns must reflect the returns the underlying business is earning. As such, if one is to invest in -- rather than speculate on -- Deutsche Bank today, one has to believe that the bank will successfully execute on a radical turnaround that yields enormous improvements in profitability. In fact, that elusive turnaround has already claimed the scalp of John Cryan, who was ousted from the chief executive's position in April with fewer than three years on the job.

I think such a turnaround will prove extremely challenging for his successor, Christian Sewing and I'm tempted to paraphrase Margaret Thatcher in saying that the bank's not for turning.

Deutsche Bank's fundamental problem stems from its ambition, dating back nearly a quarter of a century to become a global investment bank that could compete with Wall Street's elite firms, including Goldman Sachs Group and Morgan Stanley (the bank finally abandoned that ambition once Mr. Sewing took the reins).

The problem was not so much that goal per se, but the manner in which the bank pursued it. Deutsche was in a hurry and it concluded that the fastest, easiest way to build its capabilities in investment banking and capital markets was to poach individuals and teams of professionals or through acquisitions -- all for top dollar. The result was a bloated cost structure, a hodgepodge of businesses and associated IT systems and a lack of any unifying culture that could mitigate bankers' mercenary instincts.

The result is there for all to see (assuming some training in financial statement analysis). Take this astonishing statistic from a must-read article by the Financial Times from Nov. 2017 describing how Deutsche Bank's high-stakes gamble to become a global investment bank went wrong:

The lender's previous bonus culture was hardly unique among peers. But its mismatch with performance was acute. Over the 1995-2016 period, shareholders earned a net €17bn from owning Deutsche, once dividends, share buybacks and increased stock market value are offset by capital increases. That is dwarfed by the €71bn paid in bonuses over the same time period.

And it's far from clear that this crippling bonus culture has been durably reformed: Compensation and benefits as a percentage of revenues for the nine months to Nov. 30 ticked up 2.3 percentage points to 45.1% relative to the same period last year (the equivalent figure for Goldman Sachs is 38%).

In July, Kevin Rodgers, a fifteen-year veteran of the bank at the managing director level  and the author of Why Aren't They Shouting?: A Banker's Tale of Change, Computers and Perpetual Crisis, published an article titled 'Deutsche Bank's problem: A historic problem of ruthless internal competition', which he concluded thus:

To mirror the concluding sentence of my previous article: Hoping is no basis for an investment. As it stands, I fail to see a strong business case for a long-term partnership with Deutsche Bank through ownership of their common equity; meanwhile, the possibility of continued stagnation (or decline!) of the franchise looms uncomfortably large. My view of two years ago stands: Deutsche Bank's stock does not meet the criteria of an investment and, as far as speculation goes, it may very well be a good one, but I think individual investors would struggle mightily to achieve an edge in making that determination.