Short interest in the streaming-video specialist has fallen to its lowest level since late last year.

The shorts are starting to clear out of Roku ( ROKU 1.21% ), and they're likely licking their wounds in the process. Short interest dipped below 7 million shares as of mid-June, the first time we've seen that happen in 2019. 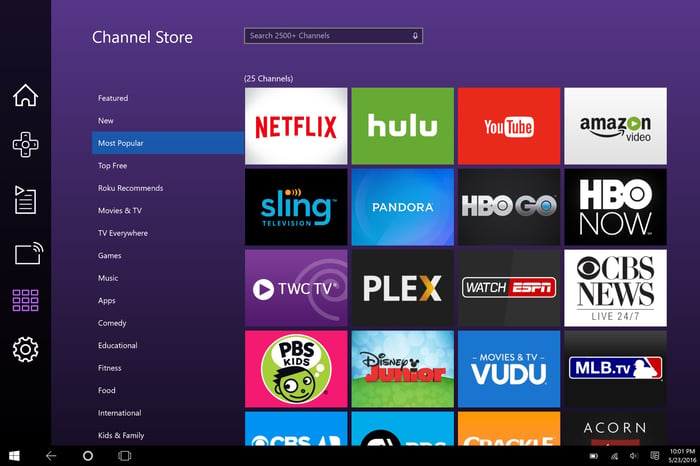 Making the most of the squeeze play

Roku short interest hasn't been this low since the end of October of last year. Roku's market cap has roughly doubled, but it's fair to say that the streaming specialist's fundamentals have also expanded. Revenue growth has accelerated, rising from a 39% year-over-year spurt in the third quarter last year to a 51% clip two periods later.

Naturally Roku's audience has widened in the past few months. There are now 29.1 million active accounts on Roku's platform, up nicely from the 23.8 million it had the last time that short interest was as low as it is right now. The amount of content that those video fans are going through is growing even faster: The average account is streaming an average of 3.4 hours a day, up from 2.9 hours a day in the third quarter of last year.

It's hard to fathom any platform where the average daily consumption is nearly three-and-a-half hours, but that's how crazy we've become about streaming video content on our own terms from the growing number of online services available. Roku is in the pole position, as the company with the top operating system in smart TVs sold in the U.S., and it doesn't seem as though our appetite for streaming video is going away anytime soon.

No stock goes up forever, and Roku bears will point out that the last time that short interest was this low, things worked out pretty well for them in the near term: Roku stock suffered a 45% slide through the final two months of 2018. Will history repeat itself this time? Some of the analysts who were pushing the stock higher with bullish upgrades and price-target revisions are changing their tune. Mark Mahaney at RBC Capital downgraded the stock last week on valuation concerns, just as Kyle Evans at Stephens did in late May.

The swoon late last year doesn't mean that now is the time to sell. Setting the starting line back to the end of October, the stock has nearly doubled since then, even with losing nearly half of its value in the two subsequent months.

The cord-cutting revolution is pushing consumers to Roku and other streaming hubs. As long as the company's metrics are moving in the right direction, it's dangerous to bet against Roku.