Shares of DocuSign (NASDAQ:DOCU) fell 11.3% in June, according to data from S&P Global Market Intelligence, despite the broader market's rise and a strong quarterly report from the e-signature specialist.

To be sure, DocuSign stock plunged 12% on June 7 alone -- the first trading day after the company confirmed top-line growth accelerated to 37% for revenue of $214 million (exceeding estimates for $208 million), translating into adjusted earnings of $0.07 per share ($0.02 per share above estimates). 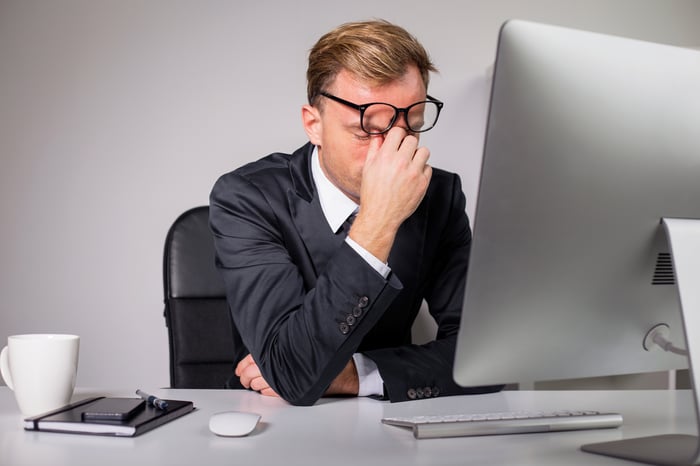 While it seems an understatement to say DocuSign's headline numbers were good, the market was less impressed by its billings -- a key metric for predicting future revenue growth -- which increased 27%, marking a sequential deceleration from 31% growth in the previous quarter.

But this also doesn't necessarily mean DocuSign's story has changed. During the subsequent conference call, management explained the billings deceleration was largely driven by increased complexity in the sales process and extended sales cycles from the company's transition to multiple products -- namely, through its $220 million acquisition of SpringCM last September -- as it moves toward a broader contract life cycle management (CLM) approach.

This may mean a slight deceleration in sales growth in the near term. But over the longer term, this transition should only solidify DocuSign's market leadership and leave the company in a stronger competitive position for its efforts. To that end, DocuSign simultaneously increased its outlook for full-year revenue to arrive at $919.5 million, up $7 million from its previous target.

For investors willing to take advantage of DocuSign's short-term pullback, that's why I think now could be a great time to open or add to a position.