Cisco's acquisition of Acacia is making investors bullish on the sector.

Shares of numerous optical networking companies have soared today, after networking giant Cisco Systems (CSCO -0.75%) said it would acquire Acacia Communications in a $2.6 billion deal that is boosting investor optimism across the sector. As of 3 p.m. EDT, shares of NeoPhotonics were up 7%, with peer Applied Optoelectronics enjoying gains of 13%.

Cisco has agreed to pay $70 per share in cash for Acacia, a whopping 46% premium compared to yesterday's close. The acquisition will strengthen Cisco's silicon and optics portfolio by offering high-speed interconnect technologies across different types of networks, Cisco said in a presentation discussing the deal. 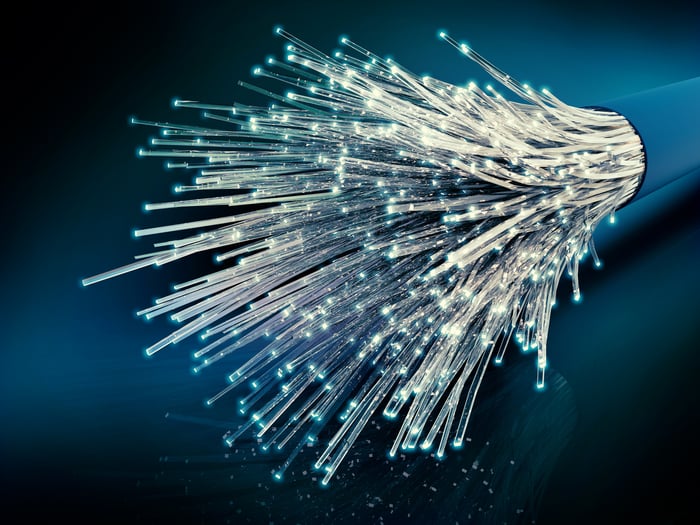 "By integrating Acacia technology into Cisco's networking portfolio, we believe we can accelerate the trend toward coherent technology and pluggable solutions while accommodating a larger footprint of customers worldwide," Acacia CEO Raj Shanmugaraj said in a statement.

NeoPhotonics announced this week that it has started to ship in limited volumes its latest modulator chips that work with silicon photonics.

Cisco expects the transaction to close in the second half of fiscal 2020, and the company will continue to support Acacia's existing and new customers. Cisco has been on a buying spree, with Acacia being the company's third purchase announced this year. Cisco scooped up six companies last year, including Luxtera, which utilizes silicon photonics in integrated optics.

The deal -- and its considerable acquisition premium -- is making investors broadly bullish on the sector, potentially speculating that other companies could similarly become acquisition targets.