Shares of Advanced Micro Devices ( AMD -4.43% ) rode a roller coaster in June 2019, according to data from S&P Global Market Intelligence. At one point, the chip designer's stock closed 21.2% above its end-of-May price, but it slid back to close the month at a 10.8% total gain.

The surge started in the first week of June when analysts from Morgan Stanley changed their sell rating on AMD shares to a hold rating. The firm also more than doubled its price target on this stock from $11 to $28 per share. AMD shares climbed 8% higher that day, and continued to rise for several days afterward.

AMD's gains peaked on June 10, when its valuation topped out at 133 times adjusted earnings and 67 times free cash flows. At that point, share prices had soared 118% in 52 weeks. From that point, some investors began cashing in some of their profits, which sent AMD's stock 12% lower over the next two weeks. 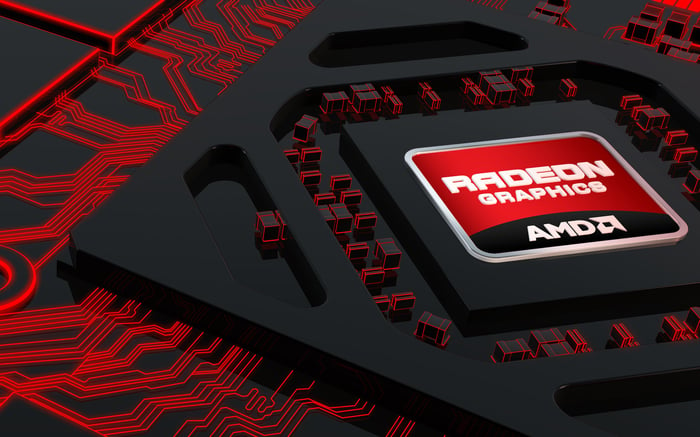 This stock has resumed its gains in July amid a flurry of promising graphics card launches that could give AMD its best position in years against archrival NVIDIA ( NVDA -4.46% ). The two companies are also jockeying for market share via price cuts and enhanced marketing programs. It will be interesting to see how AMD's top and  bottom lines match up against NVIDIA's in the next couple of quarters.