Shares of Hanesbrands (NYSE:HBI) gained 16% in June, according to data from S&P Global Market Intelligence. The stock gained ground amid broader market momentum, and appears to have benefited from positive reaction to the company's investor conference presentation. 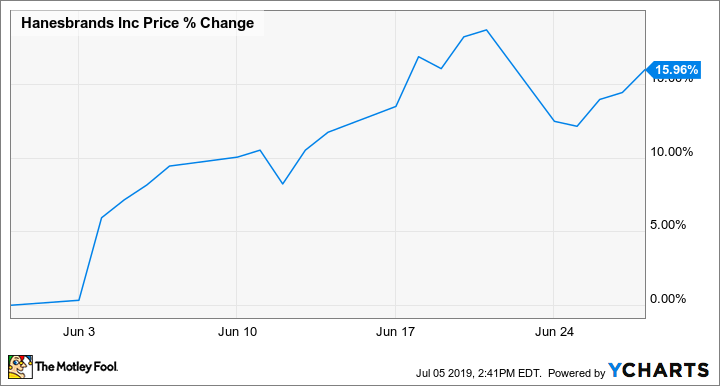 The apparel company published an investor presentation early in June in which it laid out the progress it had made, management's priorities, and its outlook for key brands and the overall business. Investors appear to have been impressed by Hanesbrands' encouraging cash-flow outlook, as well as confirmation that sales of its Champion brand were tracking ahead of company targets. 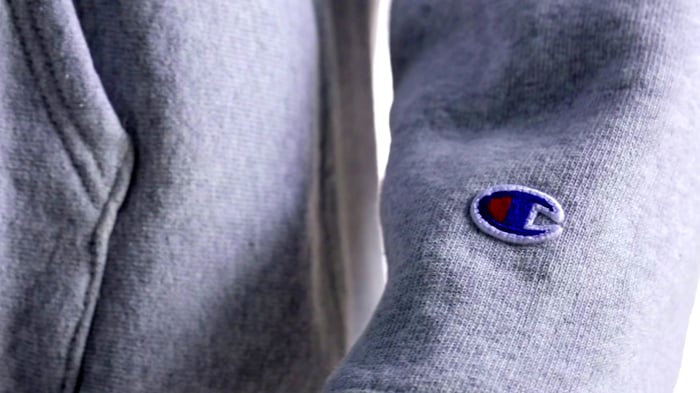 At the midpoint, Hanesbrands' guidance is for sales to climb 2% to roughly $6.94 billion in 2019. However, that result isn't as bad as it could have been, considering that Target has de-emphasized the Champion C9 line ahead of its plans to drop it entirely from its stores in 2020.

Adjusted operating income is forecast to land in the neighborhood of $970 million, up roughly 2% annually (again, at the midpoint), and if it hits the $750 million midpoint of its operating cash flow target range, that would reflect roughly 16.5% percent growth. The company expects that operating cash flow for 2020 will grow to $900 million -- or $1 billion including acquisitions.

Hanesbrands stock has given up a bit of ground in July -- shares are trading down roughly 3.4% so far. 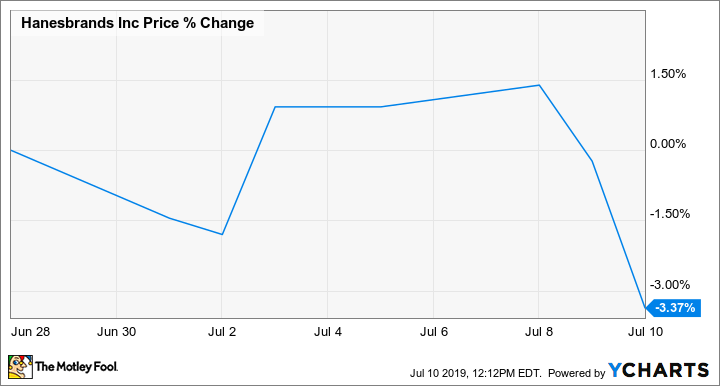 While the company is feeling the headwind of Champion getting less promotion at mass-channel retailers, it still expects the brand to deliver strong sales-flow growth over the next four years. Despite Target's decision to drop the C9 brand, which contributed somewhere in the neighborhood of $400 million in sales in 2018, Hanesbrands projects that total Champion sales will hit $2 billion in 2022 -- up from sales of $1 billion in 2017 and $1.36 billion last year.

The stock has lost roughly a third of its value over the last five years, but strong performance from Champion, the resilience of its socks and underwear segment, and some successes in its acquisition plans could help it rebound. Hanesbrands stock trades at roughly 9.5 times this year's expected earnings, and its dividend currently yields 3.6%.