Fastenal (NASDAQ:FAST) unveiled relatively healthy second-quarter 2019 earnings on Thursday before the markets opened for trading. However, while the wholesale industrial and construction supplies distributor continued the fast top-line growth it recorded in the first quarter, it was circumspect about the effect of macroeconomic activity on results going forward, and also warned of margin pressure in the coming quarters. Note that all comparative numbers in the discussion that follows are presented against the prior-year quarter.

What happened with Fastenal this quarter? 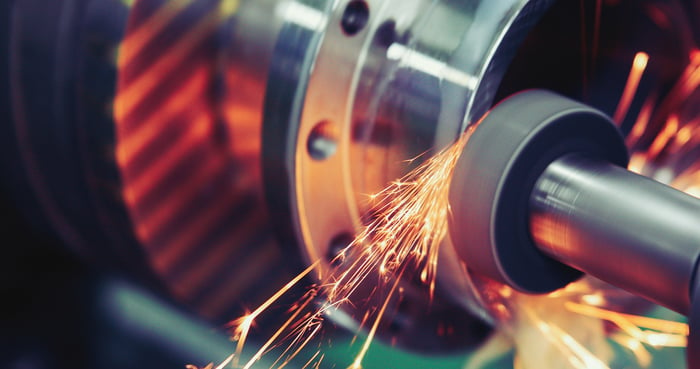 As I discussed last quarter, Fastenal is focused on expanding its on-premise solutions for both supplies and inventory. The company installed 5,439 industrial vending machines during the second quarter, bringing its year-to-date total to 11,042 units. Fastenal reaffirmed its goal of installing 23,000-25,000 of these units in 2019. The company's total vending machine base jumped by 13% year over year to approximately 86,000 units.

Fastenal also maintained a steady pace of Onsite installations, in which it provides physical inventory and a team to manage both sales and service either within or in close proximity to a customer's location. The organization signed 94 new Onsite installations in the second quarter, marking 199 deals in the first half of the year, and is on track to ink between 375 and 400 Onsite deals in 2019. At quarter-end, Fastenal's installed base of 1,026 active Onsite locations represented a 35% increase over the comparable 2018 quarter.

Looking forward, Fastenal's year-to-date sales growth of 9.1% and steady progress in on-premise installations are somewhat overshadowed by sales and margin uncertainty. As noted above, management is wary of the pace of economic activity in the back half of the year. Underscoring the caution, in Fastenal's June 2019 activity report released alongside earnings, daily sales increased 7% over June 2018, a pace that's 2 percentage points off the daily sales growth of 9% recorded overall in the first half of the year.

On the margin front, the company observed that its recent price increases helped to mitigate tariff-related cost escalation, but was inadequate in overcoming general inflationary pressures in the second quarter. According to the earnings press release, Fastenal has "taken additional actions in the third quarter of 2019 to counter the broader pressures [we] are experiencing on our costs as well as the additional tariffs that were levied on China-sourced products in May 2019." Thus, the company will attempt to stave off further gross margin pressure in the back half of the year, but for now, it hasn't promised a complete offset.

While Fastenal has enjoyed decent expansion so far in 2019, its slightly cloudy outlook for the final two quarters may have provided some investors with an excuse to book profits after a share price increase of nearly 20% year to date. Shares opened down roughly 4.5% at the outset of the Thursday trading session.