You knew it was coming. In an industry that popularized hard tea, hard cider, hard soda, and hard carbonated water (spiked seltzer), it was only a matter of time before at least one brewer made hard coffee a reality.

Pabst Brewing is that brewer, and it recently debuted its Pabst Blue Ribbon Hard Coffee, a chocolate-flavored malt beverage (FMB) with Arabica and robusta coffee beans, milk, and vanilla. It tastes like the chocolate milk drink Yoo-Hoo, but with a kick: it's got 5% alcohol by volume. 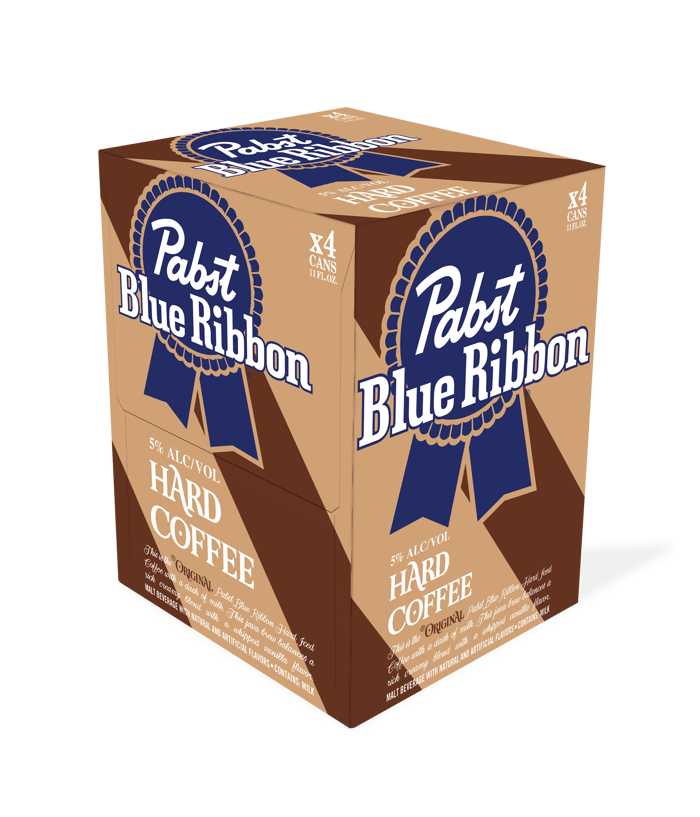 As beer consumption continues falling with other alcoholic beverages on the rise, brewers keep making new, innovative concoctions to pique drinkers' interest. Some will rocket out of the gate, like hard soda, only to quickly fade to relative obscurity (though I can still find some on my local package goods store's shelves) while others seem to be redefining a category. Hard seltzer is one of the latter, helping brewers like Boston Beer (NYSE:SAM) actually reverse declining depletions, or sales to distributors and retailers.

However, it's getting to the point where the sale of FMBs may soon surpass those of actual beer, which is undoubtedly one of the reasons the industry trade group Brewers Association changed its definition of what constitutes a craft brewer. The criteria used to specify that a brewer needed to produce more beer than other beverages; now it just has to produce beer in some quantity to qualify.

Whether hard coffee will be more like hard seltzer than hard soda remains to be seen, but there's good reason to think having a spiked cup of joe can catch on.

Why coffee could be big

First, Pabst Hard Coffee isn't the first such beverage to hit the shelves, as Horseshoe Beverage Company, a contract producer of coffee-based ready-to-drink beverages, has had a spiked coffee drink called the Brown Bomber Hard Latte (also 5% ABV) on the market since at least last year. Pabst Brewing, though, is certainly the largest brewer to produce one, ranking fifth on the Brewers Association list of biggest brewers (behind Anheuser-Busch InBev (NYSE:BUD), MillerCoors, Constellation Brands, and Heineken).

Second, hard soda didn't stick around in the beer-drinking public's consciousness the way seltzer has because of its sugar content. Beer drinking is down in part because of increasing concern about health and wellness, which is why many brewers are now marketing beers for athletes.

So-called "wellness beers," featuring lower ABVs and fewer calories are suddenly popular. Sierra Nevada Brewing, for example, recently acquired Sufferfest Beer, which brews so-called "functional" alcoholic beverages for athletes, like a bee pollen-infused kolsch and its Fastest Known Time pale ale, which is made with salt and currants. In fact, Boston Beer created a whole new company, Marathon Brewing, to release a runner-centric gose beer called 26.2 (the number of miles in a full marathon) made with sea salt and coriander. And Anheuser-Busch's Michelob Ultra may be the granddaddy of alcoholic beverages for athletes, as it was originally marketed as a post-workout beer because of its low calories.

Seltzer is already a lighter, less filling, more refreshing drink that is believed to draw in more drinkers from wine than from beer. In theory, then, brewers won't have to worry as much about siphoning customers away from their primary product.

Seltzer also seems to have overcome its perceived stigma of being viewed as solely a summer drink rather than a year-round one, as Boston Beer's Truly brand has enjoyed strong support even through the winter. With seltzer's raving success across so many demographics, it only seems natural that coffee, an already hugely popular beverage sans booze, could be another home run.

All signs point to hard coffee being a big success. 64% of Americans claim to drink the non-alcoholic caffeinated beverage daily, and while starting your morning off with a spiked coffee drink might not be wise, there are a lot more occasions when hard coffee can be consumed.

Now that Pabst Brewing has gotten the ball rolling with its 11-ounce cans, we can expect to see more brewers waking up to the potential that hard coffee offers. Pabst Hard Coffee is in limited release, only in Florida, Georgia, Maine, New Jersey, and Pennsylvania, giving other brewers the chance to perk up additional sales, even if it's not with beer.