Avalara (NYSE:AVLR) stock rocketed 132% higher in the first half of the year, according to data from S&P Global Market Intelligence. The S&P 500 returned 18.4% over this period.

Shares of the cloud-based transaction tax compliance solutions provider have continued to climb in July, bringing their gain to 169% in 2019 through Thursday, July 11. The broader market has returned 21% so far this year. (Transaction taxes are things such as sales, value-added, and excise taxes.) 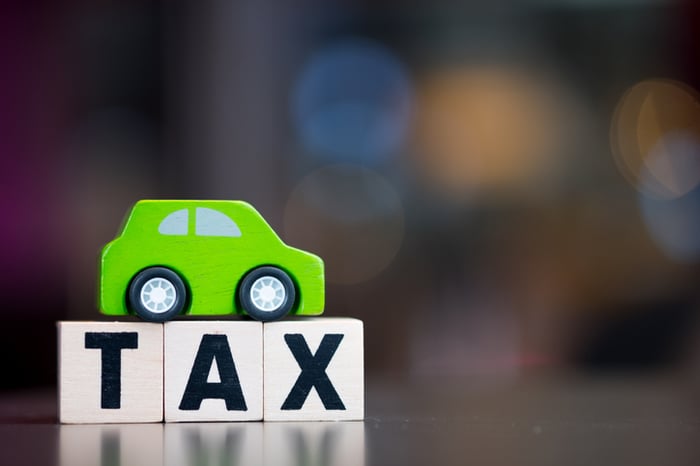 Like many stocks, Avalara has probably been getting a boost from the robust market. That said, we can attribute its outperformance in the first half of the year to investor enthusiasm stemming from the Seattle-based company's release of better-than-expected financial results. In three out of the last four quarters, Avalara has exceeded Wall Street's earnings expectations, and in the other one, it came in on target.

We'll home in on its most recent quarterly results. 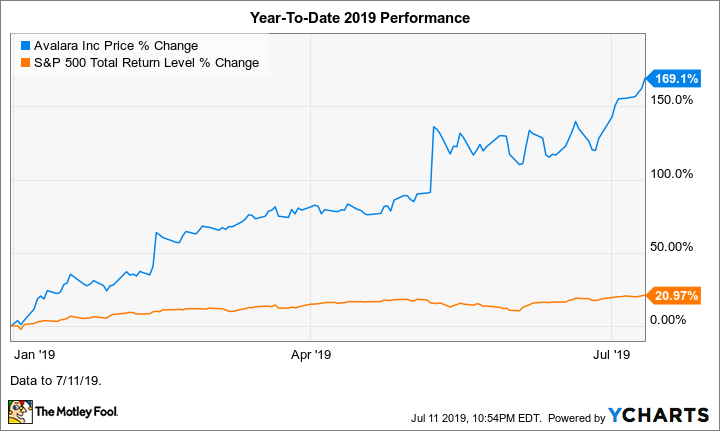 Avalara stock surged more than 23% after the company reported its first-quarter results in May. In Q1, revenue jumped 38% year over year to $85 million, comprised of $78.2 million in subscription revenue and $6.7 million in professional services revenue. This result easily beat the Wall Street consensus estimate of $78.7 million.

The company posted a loss per share of $0.01 on a non-generally accepted accounting principles (GAAP) -- or "adjusted" -- basis. Analysts were looking for an adjusted loss of $0.16 per share, so Avalara crushed the bottom-line expectation.

Management has said that the company's total addressable market (TAM) is about $8 billion.