Shares of Rogers (NYSE:ROG) rose 74% in the first six months of 2019, according to data from S&P Global Market Intelligence. The sparsely traded maker of engineered materials was actually up as much as 95% year to date in early May, but gave back some of those stellar gains when the Trump administration sanctioned a large customer from doing business with American companies.

The first-quarter update at the very end of April was no exception: Revenue rose 12% year over year to $240 million, leaving the Street consensus far behind at $226 million. Adjusted earnings jumped 25% higher to $1.85 per share, while analysts expected the rally to stop at $1.35 per share.

Share prices soared 22% the next day, soon reaching the 52-week and all-time highs mentioned above. Two weeks later, the stock fell more than 11% in a single day as Chinese technology giant Huawei was blocked from American suppliers and customers.

Rogers management quickly explained that the company can work around these restrictions by funneling materials to Huawei through unaffected third-party distributors and component manufacturers.

"However, because of the uncertain impact of the new restrictions on Huawei's global supply chain, it is unclear how demand for Rogers' products may be affected," stated a press release. "Accordingly, the Company is unable to determine what impact, if any, this may have on its financial performance for the second quarter of 2019." 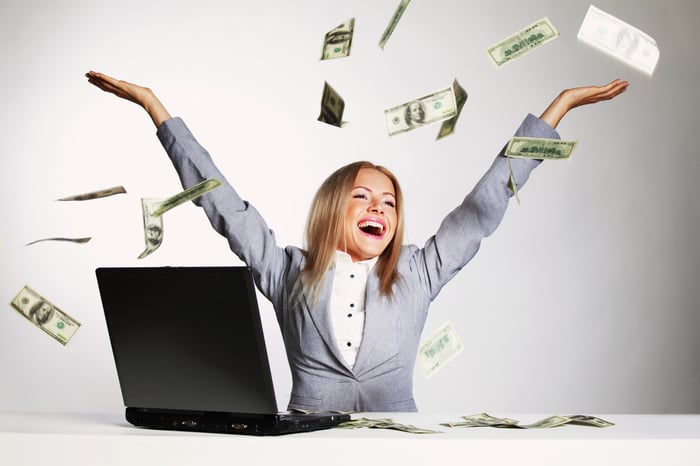 The company's solid growth rests on strong demand for its wireless-antenna materials. Legacy 4G devices continue to provide a stable foundation for this operation, and Rogers is already seeing orders ramping up for 5G antennas.

The Huawei situation might throw a roadblock to Rogers' rapid growth, but the actual damage remains unclear. Huawei is an important client, but only indirectly as Rogers depends on third-party manufacturers to fashion antennas, power transmission systems, and cushioning pads out of its raw engineered materials. No single customer -- not Huawei nor anyone else -- accounted for more than 10% of Rogers' revenue in 2018.

The second-quarter report near the end of July should clear the fog around the Huawei issue.