Shares of Uniti Group (NASDAQ:UNIT) fell 39% in the first six months of 2019, according to data from S&P Global Market Intelligence. The networking infrastructure manager, which formerly operated as the hardware division of regional telecom Windstream Holdings (NASDAQ:WINMQ), took a drastic hit when Windstream headed toward bankruptcy in February. 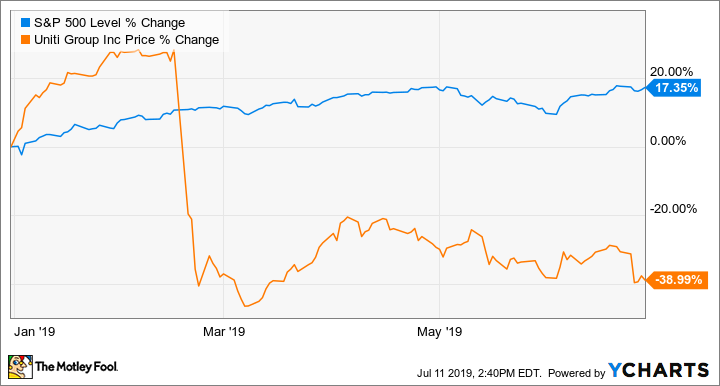 Uniti's shares fell 39% on Feb. 19, when a federal judge ruled against Windstream in a long-running conflict with one of that company's largest debtholders. That action made Windstream's bankruptcy filing all but guaranteed, and Uniti shares both rose and fell when the actual filing arrived.

Windstream still accounts for more than half of Uniti's quarterly sales. Uniti investors weren't pleased to see the company's largest and most important client fall off a cliff, and that's what happened here. 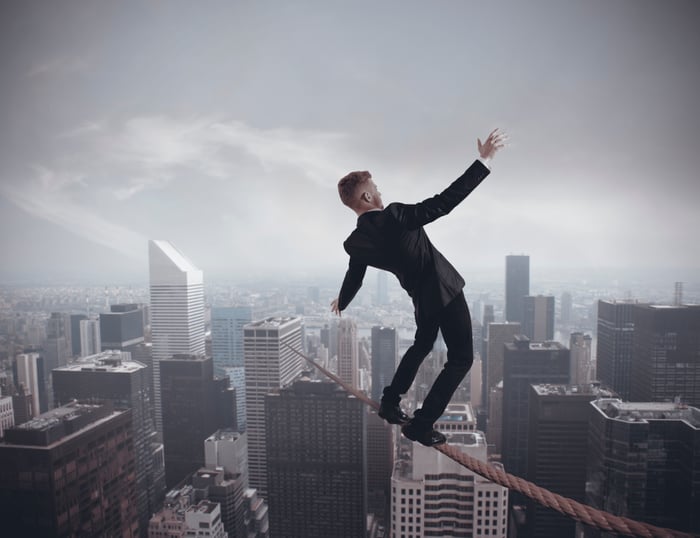 As a Uniti shareholder myself, I wasn't surprised by Windstream's bad news. Bankruptcy always looked like a likely exit, and Uniti has been working on a more diverse client portfolio ever since the spinoff. Unfortunately, Windstream's bad day happened before Uniti was ready to say goodbye to the parent company's lease payments.

Uniti always wanted to break away from Windstream in the long run, standing on its own as a network operator for thousands of third-party clients. Windstream's bankruptcy kicked Uniti right into the deep end of the pool, forcing it to sink or swim. I'm holding on to my own Uniti shares here, expecting the truly stand-alone version of Uniti to work things out. But it's not a risk-free bet, and unpredictable court decisions will play a large part in this story.

This big drop is a buy-in opportunity, but only for investors willing to face the possibility that Uniti's worst days could still lie ahead.