Shares of CoStar Group (NASDAQ:CSGP) were rising to the next level in the first half of the year, gaining 64% according to data from S&P Global Market Intelligence. The commercial real estate specialist gained on a strong fourth-quarter earnings report, a bullish outlook for 2019, and an improving market environment.

The stock has gained steadily throughout the year with its biggest surge coming on its February earnings report. 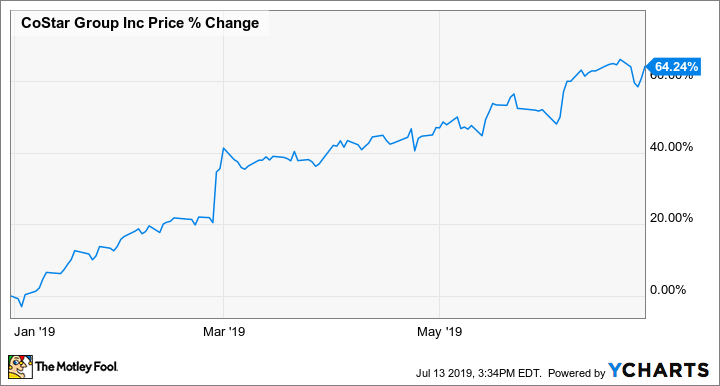 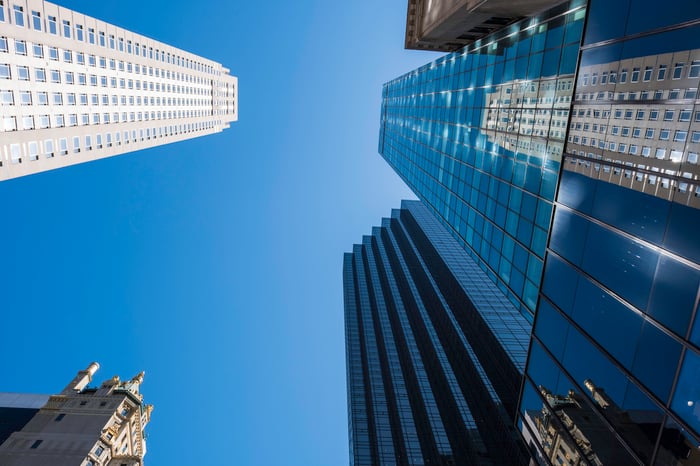 In late February, CoStar's biggest gains of the year came after the company reported fourth-quarter earnings on Feb. 26, gaining 11.8% the following day as quarterly revenue jumped 24% to $316 million, and adjusted earnings per share from more than doubled from $1.25 to $2.81, ahead of estimates at $2.53. Profits surged as the company continues to build scale and benefit from past acquisitions and as it cut back on marketing spending in the quarter. Apartments.com and Loopnet had particularly strong performances.

The stock gained slightly over the next several weeks but then dipped briefly when the company's first quarter report came out. Results were strong again, however, as revenue rose 20% to $328 million, ahead of the company's guidance, and adjusted EPS rose from $1.65 to $2.53, topping estimates at $3.44. However, investors may have been disappointed with second-quarter guidance calling for just 13% revenue growth.

The commercial real estate market remains strong and growing, a key catalyst for CoStar, and the company has continued to forge partnerships with the likes of JLL, Buxton, and Barclay Street.

Though CoStar trades at a premium, the company looks primed for continued growth with its strong network of brands and leadership in commercial real estate analytics. As long as the real estate market keeps expanding, Costar stock should benefit as well.