Analysts who helped bring the email disruptor to market last month are chiming in with upbeat opinions, but the real story is Slack itself.

The new trading week kicked off with a lot of fresh Wall Street love for Slack Technologies ( WORK ). Analysts at William Blair, Barclays, and Canaccord all initiated coverage on the workplace messaging platform provider, but the wave of bullish ratings isn't a surprise.

These are three of the financial advisors who helped take Slack public last month. Underwriters typically wait 25 days after an IPO to sing a new stock's praises. Slack didn't hit the market with a conventional underwritten IPO, but analysts involved in this resale registration are following the same approach. Bullish initiations are always welcome, but Monday's moves are easy to dismiss as either firms standing by a client they helped take public or simply trying to support the stock price of an investment that they just helped get into the hands of their customer accounts. 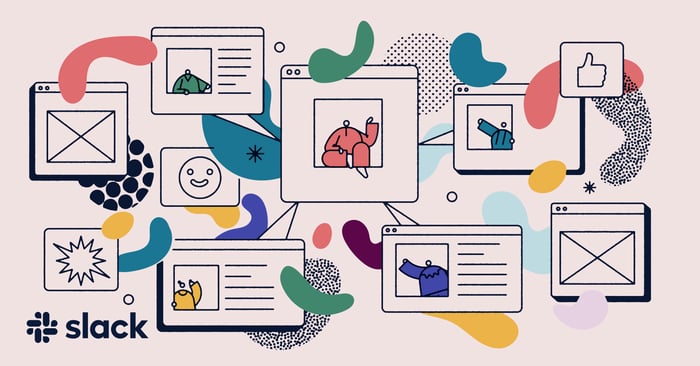 Slack hit the market at a reference price of $26 less than four weeks ago. There's a lot to like when it comes to the fast-growing platform for groups looking to coordinate projects and handle communications without the distractions that accompany more conventional social networking hubs as well as email inboxes.

More than 600,000 organizations rely on Slack, attracting at least 10 million daily active users worldwide. These users spend roughly 50 million hours on the platform in any given week, sending about a billion messages in the process. Most of the groups are on the platform for free, but the number of paid accounts has expanded quickly to 95,000 as businesses and other groups start to take advantage of Slack's enhanced offerings.

Revenue is on a tear, soaring 82% last year after more than doubling -- up 110% -- in the fiscal year before that. Top-line growth is decelerating, but you won't hear too many investors complaining about the 67% year-over-year increase in revenue that Slack posted for its fiscal first quarter ending in April. There is plenty of red ink here, but losses have contracted in back-to-back fiscal years before widening slightly for this year's fiscal first quarter.

Slack makes email obsolete, and it plays nice with external software. The stock has been generally well-received since hitting the market in June, beginning this week nearly 30% above its $26 reference price.

We don't have to completely ignore the bullish initiations. The stock is trading high above its initial price tag, so Monday's analysts could've held back on valuation. Thankfully for those long Slack, the analysts remain upbeat. Bhavan Suri at William Blair sees Slack as an operating system platform for forward-thinking enterprises, giving companies the ability to achieve a lot without leaving the primary work space. Raimo Lenschow at Barclays sees Slack as a software leader toiling away in an addressable market that can be as large as $29 billion. Slack is doing a lot of things right, even if this week's bullish roll call may not mean much.