Please ensure Javascript is enabled for purposes of website accessibility
Free Article Join Over 1 Million Premium Members And Get More In-Depth Stock Guidance and Research
By Daniel B. Kline - Jul 15, 2019 at 8:18AM

Some of the chain's owners believe that a premium chicken sandwich is a top priority.

McDonald's ( MCD 2.59% ) has struggled when it tries to be something it's not. The chain has generally failed when it began offering healthy food, and trying to become a go-to place for chicken wings didn't work, either. It also failed with premium burgers, on more than one occasion.

The chain has succeeded, however, when it leans into what customers expect. All-day breakfast was a runaway hit because it gave customers more access to products they already loved. Adding fresh beef to existing burgers has also worked because it takes something consumers already like -- the Quarter Pounder -- and makes it better.

McDonald's didn't fend off threats from fast-casual chains like Chipotle and Panera Bread by becoming more like them. It fended them off by being better at being McDonald's. That's why a franchise-owners group that wants the company to directly take on Chick-fil-A has missed the point entirely. 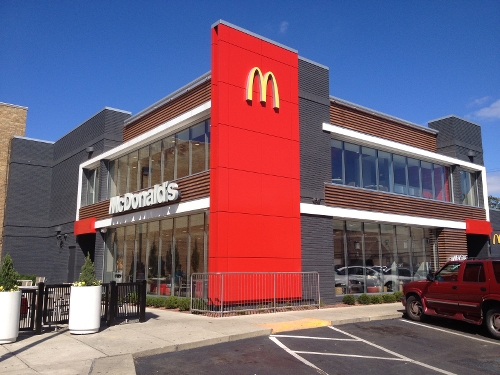 A group of franchise owners has asked the company to improve its chicken sandwich to better compete with Chick-fil-A. The group, the National Owners Association (NOA), made the call in an email to franchise owners, CNBC reported.

"A Chicken Sandwich at McDonald's should be our top priority," the NOA board wrote. "Chick-Fil-A's results demonstrate the power of chicken."

Chick-fil-A has grown into the third largest restaurant chain in the U.S. through sales powered by its chicken-based menu. Since McDonald's does sell chicken sandwiches -- and has had premium offerings in the past -- it's not a bad idea for McDonald's to improve its chicken menu items, as it has done at times by adding chicken strips to supplement its popular nuggets.

Being more like Chick-fil-A won't help the chain woo its rivals' customers, though. McDonald's has never succeeded by offering the best hamburger, or really the best anything -- except maybe fast-food fries.

The fast-food giant has built its business by focusing on convenience and value. Its food has always been secondary. People go to McDonald's because it's easy, familiar, and cheap. Consumers even get the chain's food delivered even though its menu items generally don't travel well.

Here's what McDonald's needs to do

The fast-food chain needs to work on its appeal to its own fans. That means continuing to improve the ordering system and making things as easy as possible.

Menu innovation can help, but McDonald's generally does better in offering its own limited-time-offerings, not in copying its rivals. It should also focus on the customer experience.

That happened even though the Golden Arches was working to improve its customer service experience with ordering kiosks and curbside pickup. To win back customers, or keep existing ones happy, McDonald's needs to focus on execution and on making sure customers get their orders as quickly and easily as possible.

Doing that may be helped by technology, but it's largely a people problem. The chain needs to train and retain its workers -- something that might be easier in the current job market if it raised wages. It also needs to identify where it's failing its customers and to work on those areas.

Better chicken may help improve customer satisfaction with the customers already ordering chicken from the chain, or the member of the family who would rather be at Chick-fil-A. A sandwich alone, however, doesn't solve any problems.