Speculation around a possible $6.3 billion contract has continuously sent the stock higher since May -- here are the details.

Shares of Workhorse Group (WKHS -0.72%), a designer and producer of high performance battery-electric vehicles including trucks and aircraft, traded as much as 18.6% higher Monday as speculation about a possible contract continues to lure investors.

We'll get to the speculation in a moment, but first it's important to see and understand how high Workhorse's stock has soared in recent months. 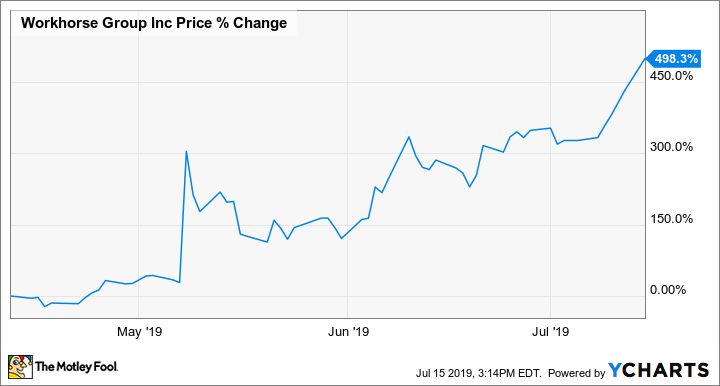 Sometimes stocks go up, and sometimes they go down. But there's no denying that Workhorse stock has soared since General Motors announced it was in discussions with the company to sell its Lordstown, Ohio, complex. "The first vehicle we would plan to build if we were to purchase the Lordstown Complex would be a commercial electric pickup, blending Workhorse's technology with Lordstown's manufacturing expertise," said Workhorse founder Steve Burns in a press release. But this would be quite the transaction for a small company that has yet to turn a profit and warned regulators it was in danger of becoming insolvent before a private offering that generated $25 million. So what's going on?

Here comes the speculative part of the story. The United States Postal Service (USPS) has been conducting road tests of new competing vehicles to replace the iconic and outdated Grumman LLV truck. The contract will call for 180,000 trucks to be delivered over five to seven years, generating roughly $6.3 billion in work for the winning bidder. 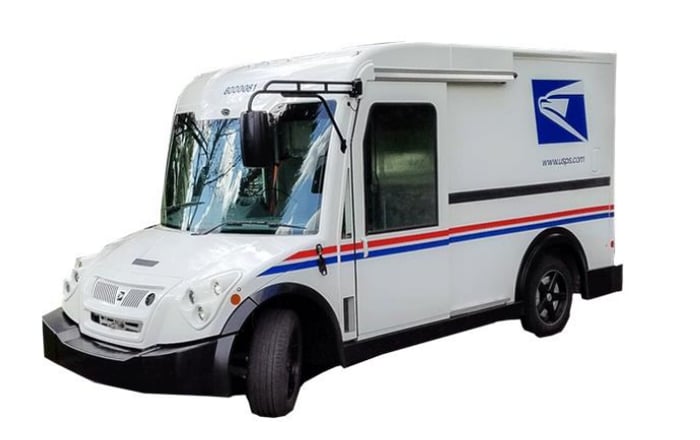 One of the five finalists is a truck from a partnership between commercial truck specialist VT Hackney and Workhorse. There is reason for investors to be intrigued at the potential USPS contract, especially considering that shipping juggernaut United Parcel Service (UPS 1.96%) recently ordered 950 electric delivery trucks from Workhorse after a previous 50-truck test program, giving the young company credibility.

Not only does Workhorse have the technology to develop trucks for the massive USPS contract, it also develops cloud-based, real-time telematics monitoring systems with the ability to give fleet operators a way to optimize energy and route efficiency -- which sounds like a marriage made in heaven for the Postal Service.

To be clear, this is all speculation, and Workhorse's stock has already soared in the months since GM and the company entered into discussions about its Ohio plant, making the stock risky. Investors should be intrigued, and it's believed that the USPS will announce a decision this fall. Stay tuned.

Why Shares of Workhorse Group and Tortoise Acquisition Popped on Monday