Please ensure Javascript is enabled for purposes of website accessibility
Log In Help Join The Motley Fool
Free Article Join Over 1 Million Premium Members And Get More In-Depth Stock Guidance and Research
By Eric Volkman - Jul 16, 2019 at 11:59AM

The veteran customer intelligence company aims to raise about $240 million in its initial public offering on Friday.

Given how well many new tech stocks have done on the stock market in 2019, now appears to be a fine time for a digitally focused company to float an initial public offering (IPO). Hoping to ride this IPO wave is Medallia, a software-as-a-service (SaaS) company specializing in real-time business intelligence. Its stock will be available to trade publicly later this week.

The 2019 freshman class of tech stocks is getting crowded. Can Medallia distinguish itself from this growing pack? 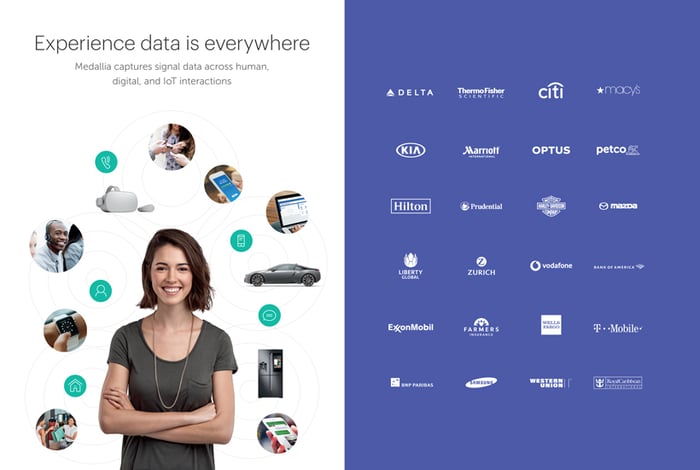 Medallia is a customer intelligence company founded by a pair of management consultants. Its signature product is the Medallia Experience Cloud, which, the company explains, is an "experience management" software platform. This can be augmented by software suite modules that offer specialized functionality.

... captures experience data from massive and expanding signal fields emitted by customers and employees on their daily journeys and it is a leader in the market for understanding and managing omni-channel experiences.

The bulk of Medallia's sales (79%) come from subscriptions to its products. Most of the remainder is derived from "professional services," which essentially means consulting.

The company is an old hand at this, having plied its trade since 2001. On its website, it lists a slew of diverse customer-facing companies such as Delta Air Lines, AirBnB, H&R Block, and Hilton Worldwide Holdings (HLT 1.59%) among its nearly 600 clients.

Lately, at least, Medallia has been spending more than it's taking in from these customers. Its net loss for the fiscal year ended in January was $82.2 million on total revenue of $313.6 million. That was deeper than the 2018 shortfall of $70.4 million on $261.2 million in revenue. That $52.4 million one-year revenue boost came from a combination of organic growth and acquisitions of smaller, complimentary companies.

Medallia doesn't mind spending to grow its business. It also doesn't seem to be aiming for profitability at any cost, like some tech companies, and instead is choosing to be a long-term player. It keeps looking for other suitable acquisitions, and it plans to continue shelling out for sales and marketing that ropes in mid-sized enterprises, a crucial customer base.

It also aims to invest more in its international operations. At the moment, less than 30% of its revenue comes from outside the U.S.

We live in an age of enhanced customer engagement. It's common for consumers to leave product reviews for nearly anything they buy online, from cars to PC printers to spoons. This gives a company like Medallia an engaged customer base from which to draw opinions and data, and it can funnel this into useful analysis a client can analyze to improve its business.

Medallia's platform appears broad enough to cover many different kinds of enterprises, as indicated by its client list. Any business that can sell versions of the same product to companies such as Hilton, Delta, and H&R Block is clearly good at designing something with near-universal appeal.

Keep in mind, though, that Medallia is not the only player in the customer intelligence game. One peer that also recently went the IPO route is SVMK (MNTV 1.17%), the parent company of SurveyMonkey. Another is Qualtrics, a specialist company acquired last year by mighty business software conglomerate SAP (SAP 2.46%). Those are just two of many in this growing sector.

Neither SVMK nor SAP/Qualtrics is a small fry. SAP is a business software powerhouse with a very long client list. You can be sure it's suggesting many (if not all) of its clients sign up for Qualtrics products. SVMK, despite its early struggles as a publicly traded company, is showing good top-line growth and still has plenty of its cash in its coffers.

So, it's a tough space in which Medallia must compete, and it'll likely only get hotter.

Still, I'd give Medallia the benefit of the doubt. I like the company's focus and experience as well as its seeming ability to maintain clients (Hilton, for example, has been there almost from the beginning, signing on in 2002).

I also think it's very possible for Medallia to broaden its product range within the wide customer intelligence category. Finally, I buy the company's argument that its range of products provides plenty of up-selling and cross-selling opportunities to clients.

I'd say, then, that Medallia will distinguish itself within the expanding horde of 2019 tech IPOs. It's a stock worth considering for a buy.

14.5 million shares of Medallia are being sold in the IPO at a price of $16 to $18 apiece. The company estimates the sale will raise roughly $240 million. With that range, Medallia would be valued around $2.2 billion.

The stock is slated to begin trading Friday, July 19, on the New York Stock Exchange under the ticker symbol MDLA.

The underwriting syndicate for the issue is led by Bank of America Merrill Lynch, Citigroup, and Wells Fargo Securities.