After launching in 2016, Microsoft (NASDAQ:MSFT) Teams has emerged as the greatest threat to Slack (NYSE:WORK), which went public last month via a direct listing. There have been several recent signs that Microsoft is successfully chipping away at Slack. A recent survey of IT execs suggested that many organizations are planning to reduce spending on Slack, as Teams is included at little to no cost with existing Office 365 deployments. Last week, Microsoft disclosed that Teams had reached 13 million daily active users (DAUs), overtaking the 10 million DAUs that Slack had at the end of January.

But Slack isn't scared of Microsoft. Here's why. 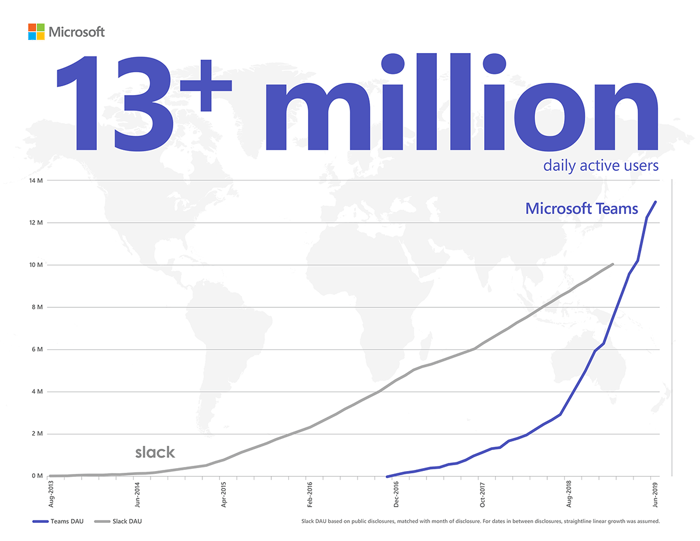 In an interview with Fortune at the outlet's Brainstorm Tech conference in Colorado earlier this week, Slack CEO Stewart Butterfield explained why he's confident in his company's ability to compete with a trillion-dollar behemoth like Microsoft. Butterfield referenced the transition from physical correspondence to email, and believes a similar paradigm shift is playing out now:

It's just a process of transition. It can be tough for people to wrap their head around and it will take a little bit of time, because Slack is fundamentally a new category. You move from a model which is very focused around the individual -- so inbox-based -- to conversations happening in what we call channels, and that's a team-first or organization-first approach to communication.

Instead of fragmented inboxes, workers collaborate in shared spaces where everyone sees the same communications and content. 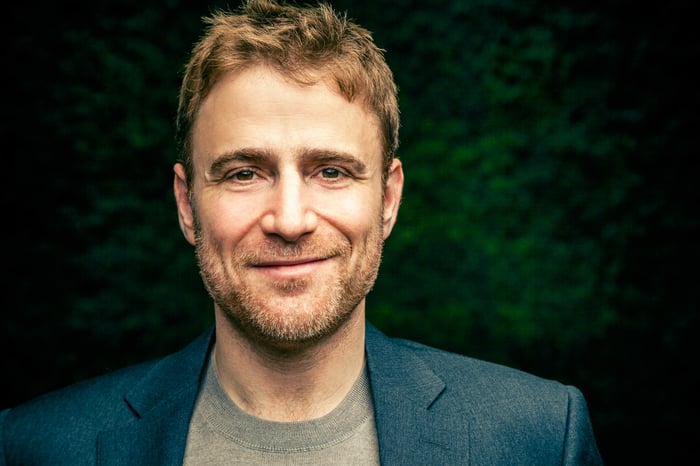 Slack has indeed pioneered a new way for enterprises to collaborate, but Microsoft has already replicated that model in Teams. Beyond feature parity, Butterfield thinks there's a strategic difference:

The emphasis has been a little different. Our emphasis has been really broadly on interoperability because we would like to be the 2% of your software budget that's a multiplier on the value of the other 98%. So, there are 1,600 apps in the app directory, but there's also 450,000 different -- and this is kind of the mind-boggling one -- 450,000 different applications developed internally by our customers that are actively used every week on the Slack platform.

These internal applications span a gamut of functions based on a department's unique needs, and Butterfield sees this interoperability as a core piece of differentiation going forward.

Additionally, the chief executive referenced historical examples of upstarts beating large companies in disruptive ways as new tech sectors (like internet search or social networking) were created, arguing that being a smaller company can be a strength. "A smaller company, if it has real traction with customers, in some cases has a bit of an advantage against a large incumbent with multiple lines of business," Butterfield said. He added:

It's hard [for large companies] to maintain a real focus on quality, on user experience, and the bigger you get the harder it is. So if the competition was based on the quality of user experience and that's where all the effort is, that would be probably more daunting for us. If it's based on bigger distribution, I don't think that's really a threat.