iRobot (NASDAQ:IRBT) will join the multitude of other companies that will report earnings later this month. It recently said that it plans to release the financial results of its second quarter after the market close on July 23.

While the robotic vacuum specialist's earnings per share were far better than what was expected in the first quarter, investors seemed to focus solely on revenue, which was well below analysts' consensus estimates, and they abandoned the stock, which fell 23% during the trading day following the report.

Will iRobot regain investor confidence with its second-quarter results? In advance of the company's quarterly update, here are a few areas investors will be watching. 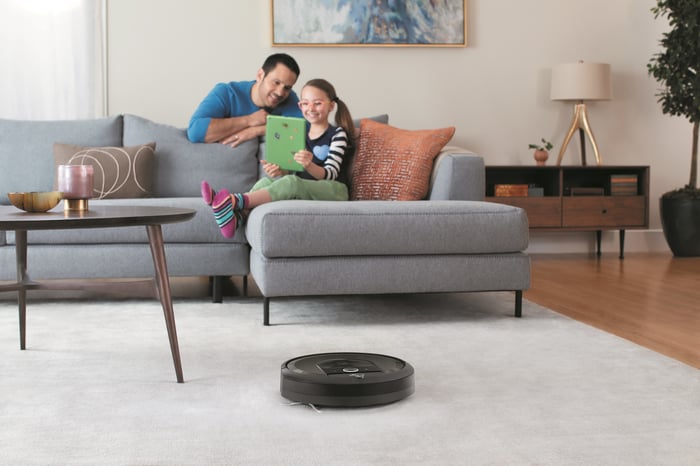 First-quarter revenue climbed 9% year over year to $238 million, falling far short of the $251 million expected by investors. It's important to note that iRobot delivered year-over-year revenue growth across all its major regions.

Management doesn't provide quarterly guidance, but on the conference call to discuss the results, CFO Alison Dean said, "First-quarter revenue was in line with our expectations." The company also reaffirmed its previous full-year guidance. For 2019, it is forecasting revenue in a range of $1.28 billion to $1.31 billion, which would represent growth between 17% and 20%.

To put this in the perspective of investor sentiment, analysts' consensus estimates are calling for revenue of about $268 million in the second quarter, and $1.29 billion for the year -- putting the full-year estimate squarely within the range of management's guidance.

One thing that could be potentially concerning for investors is iRobot's profit. The company's adjusted net income came in at $33.1 million, down 15% year over year. This resulted in adjusted EPS of $0.96, a decline of nearly 8%, though it was well above the $0.59 expected by Wall Street.

The results require some context in order to make sense. Operating expenses increased by more than 7% versus the prior-year quarter, but all that increase was a result of investments in sales and future products. The company has been spending heavily on research and development in advance of a couple of product launches. These investments are necessary to ensure future growth.

The iRobot Terra robotic lawn mower is scheduled to make its debut in Germany and in beta in the U.S. later this year. The company also had two new products scheduled to be released during Q2.

For the second quarter, analysts are expecting EPS of about $0.03, though again, management doesn't provide quarterly guidance.

A word on tariffs

Another area to watch will be the ongoing trade war between the U.S. and China. There have been reports on and off over the past several months that a deal was imminent, though one has yet to materialize.

Since many of iRobot's products are manufactured in China, they are already subject to the 10% tariff imposed last year. In the fourth quarter, these hit iRobot's bottom line to the tune of $5 million.

The Trump Administration has threatened to impose an additional 25% levy on over $300 billion in currently untaxed Chinese imports, which would include iRobot's newer products like the Terra. Those tariffs are currently on hold, but if the current round of trade talks breaks down, this could have a dizzying effect on iRobot's results.

The company is scheduled to report earnings after the market close on July 23.