Goldman warns: The situation with retail could be even worse than you think.

Shares of apparel brand Ralph Lauren ( RL -0.30% ) fell off the polo pony Wednesday, dropping as much as 5.1% in early trading before recovering a bit to trade down 4.2% as of 1:40 p.m. EDT. You can blame Goldman Sachs for that.

This morning, Goldman downgraded Ralph Lauren stock from "neutral" to "sell" -- and cut its price target to $103 a share -- on worries that the North American wholesale clothing market remains weak, and is getting even weaker . 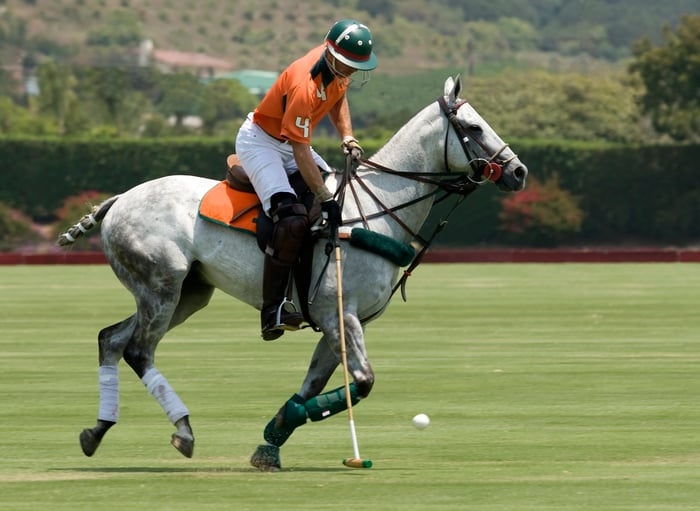 "Ralph Lauren operates in a competitive and diffuse apparel market, and its management team is" trying to effect a turnaround after building too many stores in the past, writes TheFly.com in a report on the downgrade.

Most Wall Street analysts expect to see Ralph Lauren return to growth this quarter, predicting sales will rise 2% and earnings could be up as much as 8% year over year, but Goldman Sachs is not so sure.

We're still only about two months out from Ralph Lauren's last earnings report in May, when management forecast first-quarter 2020 sales growth of 3% to 5%. Wall Street's consensus forecast for only 2% sales growth may have looked conservative in light of that guidance -- but now Goldman is saying things could be even worse than most investors fear.

And yet, with Ralph Lauren stock trading at 21 times earnings, this stock really isn't priced for a disappointing quarter. If Goldman's warning turns out to be right, and sales don't grow in Q1, look out for the next step down.

It could be a doozy.

Why Ralph Lauren Stock Fell as Much as 10% Today