AT&T (NYSE:T) recently announced two cloud deals with tech giants Microsoft (NASDAQ:MSFT) and IBM (NYSE:IBM). The telco named Microsoft as its preferred cloud provider for non-network applications in the public cloud, and will let IBM migrate some of its private cloud applications to its cloud platform. Let's see what these deals mean for the two tech giants.

A big win for Microsoft

AT&T wants to migrate most of its non-network infrastructure applications to the public cloud by 2024. That migration -- which Microsoft's Azure will handle as a "preferred" (but not exclusive) cloud provider -- could free up AT&T's resources and let it focus more on expanding its core networks, streamlining its workforce, and cutting costs. 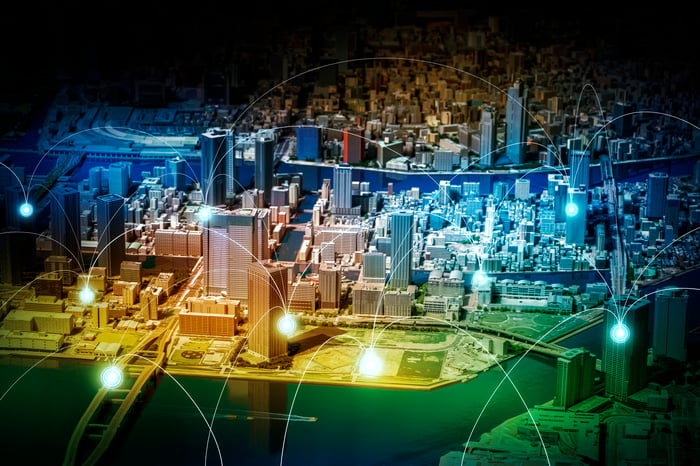 AT&T will move "much" of its 280,000-employee workforce to Microsoft 365, the cloud-based suite which bundles together Windows 10, Office 365, and Enterprise Mobility + Security. Microsoft will also "design, test, and build" new edge computing services on AT&T's new 5G networks.

Edge computing services pull computing power and data storage away from data centers and closer to "edge" devices like IoT (Internet of Things) gadgets and connected cars. Closing that gap boosts data transfer speeds for those devices -- an essential upgrade for driverless cars or autonomous drones.

Microsoft didn't disclose the terms of the deal, but a Reuters report citing people "familiar with the matter" pegs the value at over $2 billion. That represents a significant win for Microsoft's commercial cloud business, which grew its sales 41% year-over-year to $9.6 billion in the third quarter, or 31% of the tech giant's top line. Azure and Office 365 are two core growth engines for that business, so bundling them together for a big enterprise customer like AT&T would form a strong long-term tailwind for Microsoft.

Another opaque deal for IBM 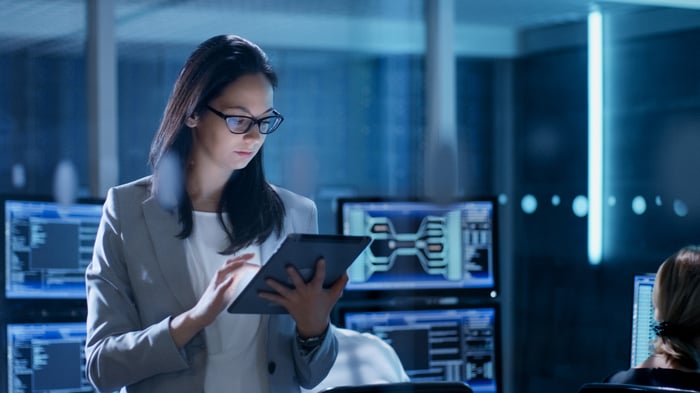 IBM's announcement is confusing for three reasons. First, AT&T isn't granting any exclusivity (or even a "preferred" status) to IBM for its migration of apps into its hybrid cloud. Second, AT&T already used Red Hat software prior to IBM's buyout, so it's just a continuation of a pre-existing relationship. Lastly, IBM already holds a strategic networking deal with AT&T which covers many of the same bases.

Simply put, IBM spiced up some old news with a few new developments, then repackaged the bundle as a fresh "strategic partnership". IBM claims that the deal will be worth "billions of dollars" over an unspecified number of years, which makes it impossible to quantify against the value of its cloud business, which grew 5% annually to $19.6 billion (25% of its top line) over the past 12 months.

AT&T's decision to pick Microsoft as a "preferred" cloud provider bodes well for Azure, the second largest public cloud infrastructure platform in the world after Amazon Web Services. It's also a testament to the strength of Windows 10 and Office 365 in the enterprise market.

Meanwhile, IBM wanted to show that it was making progress in the private and hybrid cloud space and that its Red Hat takeover was paying off. However, Big Blue's opaque announcement about AT&T felt desperate, oddly timed, and unnecessary, and didn't provide investors with enough fresh news about either company.