eBay (NASDAQ:EBAY) announced second-quarter 2019 results on Wednesday after the market closed, including accelerated adjusted earnings growth and revenue near the high end of its expected range.

More importantly -- and while its top-line growth remains modest -- the online marketplace's buyer base continues to expand, and its efforts to capture incremental business through new payment and advertising solutions are starting to yield more tangible fruit. The company also confirmed it's reviewing the way forward for two of its noncore businesses, StubHub and Classifieds, in an effort to maximize shareholder value and better focus on its primary growth initiatives.

Shares are up around 6% in after-hours trading, so let's get a better idea of what eBay had to say as it enters the second half. 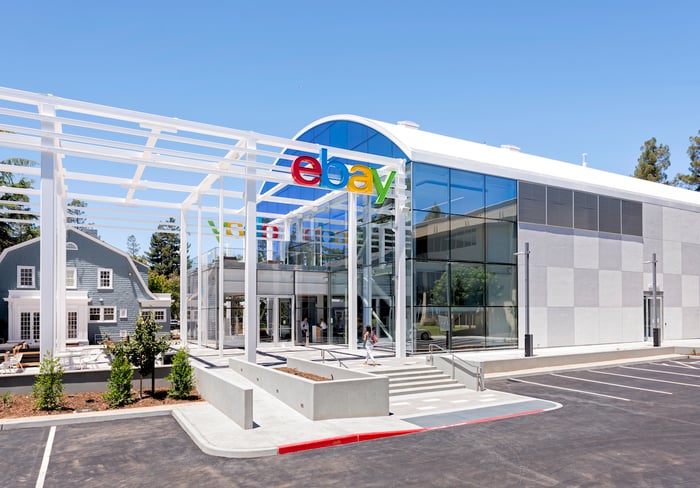 "We remained focused on building our active buyer base, delivering outstanding customer experiences, and accelerating our growth initiatives in the second quarter," stated eBay CEO Devin Wenig. "Managed payments continues to exceed expectations, while first party advertising is providing significant benefits to sellers, and new features are making our marketplace easier to use."

As a result, eBay now expects full-year 2019 net revenue between $10.75 billion to $10.83 billion, down from its prior range of between $10.83 billion and $10.93 billion. However, it appears that that adjustment was largely driven by the impact of foreign currencies, as the new range continues to assume organic currency-neutral revenue growth of 2% to 3%. Meanwhile, on the bottom line, eBay raised its outlook to call for adjusted earnings per diluted share from continuing operations of $2.70 to $2.75, up from $2.64 to $2.70 previously.

Coupled with the progress of its payments and advertising solutions and its potentially lucrative impending divestments, this was another solid quarterly beat and raise that rightly leaves investors excited for what's to come -- and I think eBay stock is simply responding in kind.