Netflix's (NASDAQ:NFLX) stock recently tumbled after its global subscribers rose just 2.7 million to 151.56 million in the second quarter, missing its guidance for 5 million new subscribers. Subscribers in its core U.S. market declined by 130,000 to 60.1 million.

Netflix attributed that soft growth to price hikes. A recent survey from Kill the Cable Bill, which polled 1,004 U.S. Netflix subscribers, supports that notion, with nearly a quarter of respondents claiming that the service was too expensive. 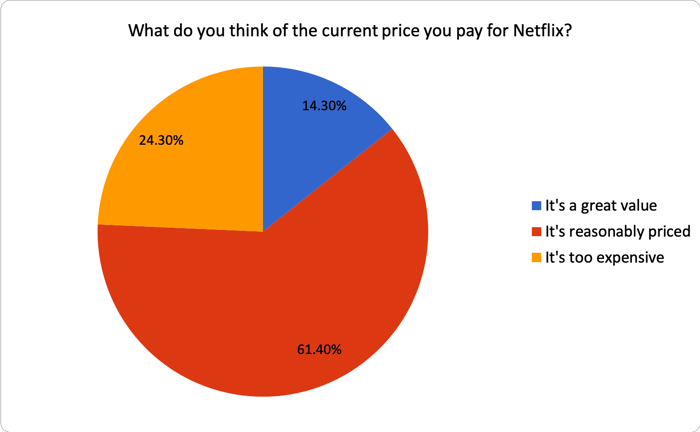 Netflix introduced price tiers for its streaming service in 2014, with its basic, standard, and premium plans priced between $8 and $12 per month. Today, those plans cost between $9 and $16 per month.

Netflix raised prices to offset its higher production costs for original content, but those numbers suggest that it's hitting a ceiling. Meanwhile, major media companies are pulling their content from Netflix to launch their own streaming platforms, with Disney+, which will cost $6.99 per month, looming large on the horizon.

A Piper Jaffray survey recently found that 73% of Netflix users won't subscribe to Disney+, but the streaming pioneer's growth slowdown and loss of pricing power suggest that it's hitting a wall.