As much as things remain the same for Snap (NYSE:SNAP), they've also markedly changed since the first quarter, let alone a year ago. The vanishing-message app developer seems to have figured out how to grow again and may even be on the road to profitability, a long elusive goal it may achieve, though not likely in the second quarter.

The Snapchat parent is scheduled to report earnings on Tuesday, July 23, and where the outlook has typically been gloomy ahead of the report, this time around analysts are quite upbeat, if not giddy. Let's look at why. 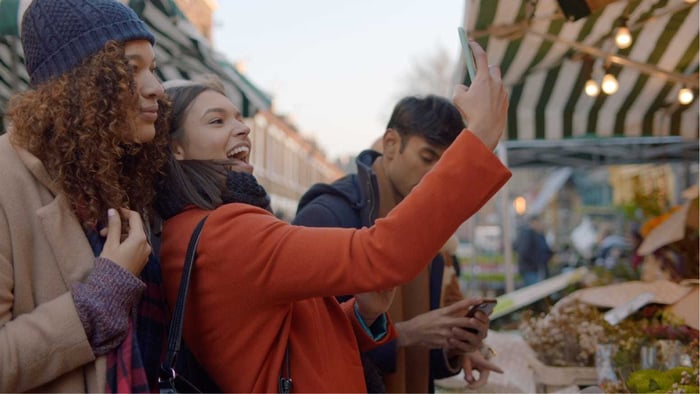 Snap has received some big upgrades from analysts at Goldman Sachs, BTIG, and elsewhere who believe the social media company got its act together at last. Most point to the release of an Android Snapchat update (at last!) as one reason the app may return to user growth this period.

Snapchat was hobbling itself by not releasing a version that could reliably work on potentially billions of phones, despite promising time and again that it would. After attempting to improve the app through patches to make it less laggy and buggy, it began rebuilding the version from the ground up last year, and several delays later, it finally launched it in April. Although the app's features are pretty much the same, it now works as it's supposed to, and future updates can be rolled out seamlessly.

This gives Snapchat the chance to report not only sequential growth in the average daily number of users (DAU), but year-over-year growth, too. After two quarters of sequential decline, Snap rebounded in the first quarter to show 2% growth to 190 million DAU. However, year-over-year numbers still showed weakness, though though they were flat with a 0.5% decline.

Now that it will have all these new Android users presumably flocking to the app, it's likely Snapchat will see its DAU climb sequentially and annually.

Advertisers and publishers could be a potent combo

The problem, of course, is that Facebook's (NASDAQ:FB) Instagram still far outstrips Snapchat, with 1 billion monthly users and some 500 million DAU. Earlier this year, eMarketer found Instagram to be much more engaging than Snapchat, as users spent more time on Instagram than on Snapchat and that the gap between them would widen over the next few years.

Yet the Android version upgrade hadn't yet taken hold for Snapchat, and with significantly more Android users worldwide than iOS, it arguably could narrow the chasm between the two apps.

More publishers are also releasing third-party content onto the platform, which should help engagement, and perhaps more importantly, they could offer Snap the potential to turn profitable... eventually.

Although it has significantly improved its ad game and last quarter reported average revenue per user grew 34% in North America -- and double that rate in international markets -- Snap still reported a net loss of $310 million. That's an improvement over the $387 million loss recorded in the year-ago period, but it's still a significant loss.

Snap recently renewed an ad partnership with Baidu (NASDAQ:BIDU) that let's the Chinese search giant resell ad content on the platform in China, Japan, and South Korea. As my colleague Leo Sun notes, although the details of the partnership such as how the revenue is split haven't been disclosed, but it's likely to be a win for both, as it provides new and improved avenues for advertisers to reach consumers. Just don't expect it to move the needle much for either.

Snap seems like a different company from even three months ago and now looks like one that has the potential for growth. While there's still a long slog before it hits profitability, its ability to remain under the radar of regulators closely scrutinizing Facebook, Google, and Twitter suggests Snap could come out on top in the end.

The second quarter will probably give an indication of how that progression is working, but the prospects look better for Snap than they have in a long time.