Please ensure Javascript is enabled for purposes of website accessibility
Free Article Join Over 1 Million Premium Members And Get More In-Depth Stock Guidance and Research
By Beth McKenna - Jul 23, 2019 at 8:12AM

Here's what to watch when the social media, e-commerce, and search engine titans report their Q2 earnings starting on Wednesday.

Taking a cue from the recent weather across much of the country, earnings season for technology companies is heating up.

Here's what to watch and expect in their reports. 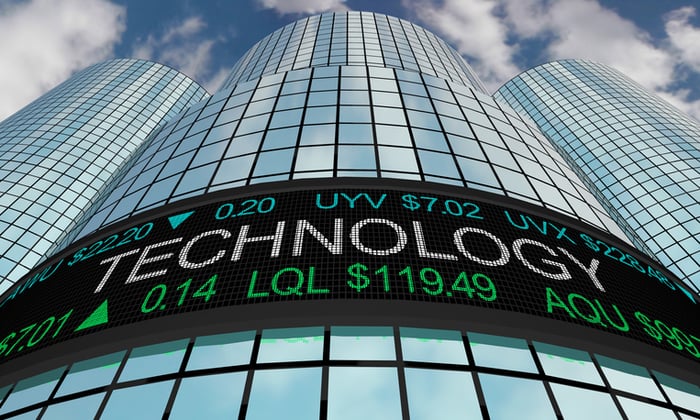 Shares of the social networking behemoth have come back nicely in 2019 after taking a bruising last year following the Cambridge Analytica data security scandal coming to light. Facebook stock is up more than 54% this year through July 22, versus the S&P 500's 20.4% return, though shares are slightly in the red -- down 3.6% -- for the one-year period through this same date.

To help justify the stock's strong 2019 performance and keep the upward momentum going, Facebook needs to deliver results with no negative surprises. As importantly, investors need to feel confident that top management is taking demonstrable steps to improve the security of user data if only to avoid future big scandals and fines by regulatory agencies. So, investors should focus on information shared on the earnings call about this topic, along with the usual metrics in the earnings report.

Here's what Wall Street is expecting:

The company's earnings are being pressured from increased spending to tighten data security. Moreover, last quarter's earnings -- which plunged 50% year over year to $0.85 per share -- were also negatively affected by a legal expense accrual of $3 billion, or $1.04 per share, related to the U.S. Federal Trade Commission (FTC) probe into the company's data and privacy practices. Excluding this accrual, EPS increased 12% year over year.

Reports recently came out claiming Facebook had reached a roughly $5 billion settlement with the FTC -- which many consider just a slap on the wrist -- though neither the company nor the agency has yet commented on the subject. If reports prove accurate, investors can expect earnings to take another hit in the second quarter.

The e-commerce giant -- whose stock is up 32.2% so far in 2019 -- has crushed Wall Street's consensus earnings estimates for five quarters. The market is likely so used to these humongous earnings beats that it's probably pricing them in. That means that when Amazon eventually "only" just beats -- or heaven forbid, comes in in line with -- estimates, the stock could get clobbered.

Here are expectations for the top and bottom lines:

Amazon doesn't provide a profit outlook, but it does issue guidance for operating income. For the second quarter, it expects operating income of $2.6 billion to $3.6 billion, representing a contraction of 13% to growth of 20% year over year. One big reason that this range is low relative to recent guidance is that the company planned to spend about $800 million in the quarter on upgrading Amazon Prime's core free-delivery benefit from two days to one day.

Last quarter, Amazon's revenue rose 17% year over year and adjusted EPS jumped 117%. Both numbers reflect decelerating growth, though investors' main focus should be on revenue, as decelerating revenue growth typically drives decelerating earnings growth. A main reason that year-over-year revenue growth has recently slowed down is that the company lapped its Whole Foods acquisition by a year in the third quarter of last year.

Shares of the Google parent are trailing the market's performance this year, as they're up just 9% (Class A) and 9.9% (Class C), versus the broader market's 20.4% return. Alphabet has turned in a string of quarterly earnings beats, though they've not been as crushing as Amazon's. However, it's had some hiccups on the revenue side and its operating margin has been declining year over year. So, investors will be watching revenue and operating margin closely.

The company doesn't provide guidance, but here's what the Street is expecting:

Analysts are projecting that EPS adjusted for one-time items will edge down nearly 4% year over year due to the one-two punch of decelerating revenue growth and falling operating margins. Investors will want to focus on the two main reasons that Alphabet's revenue fell short of expectations last quarter: decelerating digital ad sales growth and weakness in its hardware business, which is part of Google's "other revenue" category. Management attributed hardware's soft results to a decline in year-over-year sales of the Pixel phone due to increased promotional activity in the high-end smartphone market.

Once again, Facebook is scheduled to report Q2 results on Wednesday after the market closes, with Amazon and Alphabet vying for investors' attention on Thursday after the closing bell.