The last time Quest Diagnostics ( DGX 1.62% ) announced its quarterly results, in April, revenue increased 0.4% compared to the prior-year period. It was a different story with earnings, though, with a year-over-year decline of 7.9%.

Quest Diagnostics announced its second-quarter results before the market opened on Tuesday. This time around, there was again both good news and bad news for investors. Here are the highlights of the company's Q2 update. 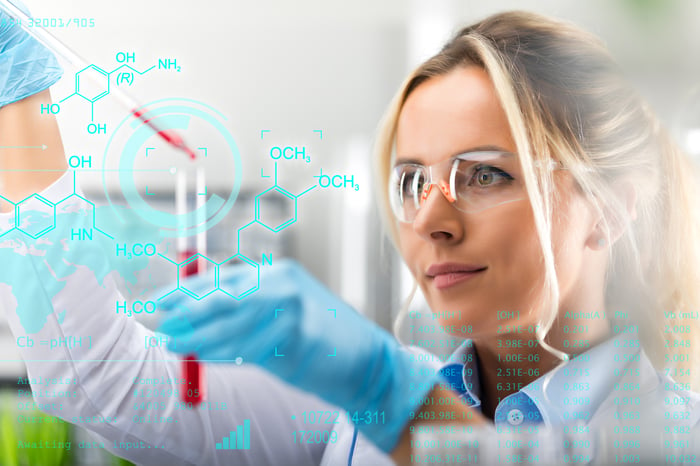 Quest Diagnostics' top-line performance improved in the second quarter. Revenue rose 1.8% year over year to $1.95 billion. Analysts estimated that the company's revenue for the second quarter would come in at $1.94 billion.

The company announced generally accepted accounting principles (GAAP) net income of $1.51 per share in the second quarter. This marked a 3.9% decline from the $1.57 per share reported in the same quarter of 2018.

Quest Diagnostics' adjusted net income in the second quarter was $1.73 per share. This was a slight decline from the company's result in the prior-year period, $1.75 per share. However, it was well above the consensus analysts' adjusted earnings estimate of $1.68 per share.

The company's revenue has been slowly but steadily climbing over the past couple of quarters. Quest Diagnostics CEO Steve Rusckowski attributed the increase to volume growth stemming from the company's expanded network access. He added that the company's "strong volume growth combined with our strategy to drive operational excellence helped offset the significant reimbursement pressures we are experiencing this year."

While revenue has been rising, Quest's earnings continue to slide. The biggest reason for the company's year-over-year earnings decline was increased income tax expense in the second quarter of 2019. Quest's operating expenses also increased compared to the prior-year period.

Quest Diagnostics gained Preferred Lab Network status with UnitedHealth Group's UnitedHealthcare segment during the second quarter. Rusckowski stated that this will be a multiyear opportunity for the company that will develop over time.

The company still projects that full-year 2019 net revenue will be between $7.6 billion and $7.75 billion. This reflects year-over-year revenue growth between 1% and 3%. Quest thinks that adjusted earnings per share (EPS) will be at least $6.40, which would represent a year-over-year increase of 1.4%.

Quest obviously isn't a stock that growth-oriented investors will favor. However, its dividend yield of 2.16% looks relatively attractive. The company also continues to maintain a low payout ratio that gives it plenty of financial flexibility to keep the dividends flowing.

Is This Diagnostics Company a Buy After Blowing Away Earnings Estimates?