Please ensure Javascript is enabled for purposes of website accessibility
Free Article Join Over 1 Million Premium Members And Get More In-Depth Stock Guidance and Research
By Keith Speights - Jul 24, 2019 at 6:00AM

The artificial-heart valve maker delivered another impressive performance in Q2.

Edwards Lifesciences ( EW 1.09% ) delivered a solid first quarter when the company announced its results in March. Revenue increased by 11% year over year while earnings were up by 8%.

Did investors receive similar good news when the medical device maker reported its Q2 results after the market closed on Tuesday? Here are the highlights from Edwards' latest quarterly update. 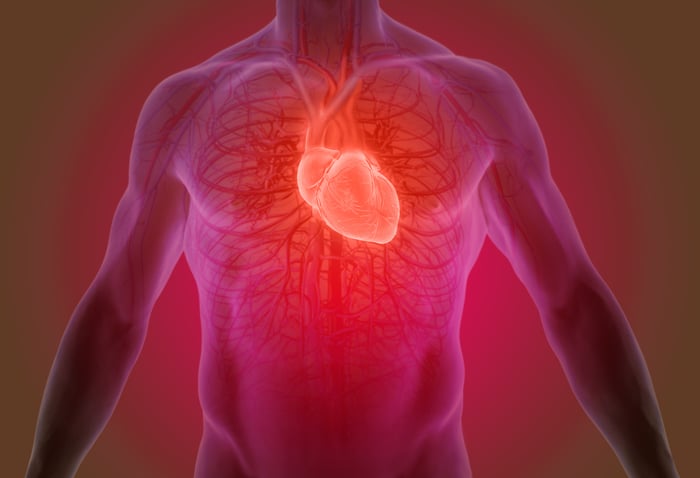 Edwards Lifesciences reported revenue for the second quarter totaling $1.1 billion. This reflected a 15% increase from the prior-year period revenue total of $943.7 million. The consensus among Wall Street analysts projected Q2 revenue of $1.04 billion.

How did Edwards Lifesciences' bottom line look in the second quarter? The company reported net income of $242.3 million, or $1.14 per share, on a generally accepted accounting principles (GAAP) basis, compared to $282.7 million, or $1.32 per share, in the same period in 2018.

Edwards Lifesciences' GAAP net income declined from the prior-year period. However, the decrease stemmed from higher income taxes in Q2 of 2019 compared to an income tax benefit in the same quarter of 2018.

However, the company's non-GAAP adjusted earnings looked better than its GAAP result. This was primarily because of an adjustment related to a large TAVR inventory write-off.

Edwards Lifesciences expects that revenue for full-year 2019 will be between $4.0 billion and $4.3 billion, near the top end of its previous range. The company also anticipates adjusted non-GAAP EPS to be between $5.20 and $5.40. This is an increase from the previous guidance of non-GAAP EPS between $5.10 and $5.35.

Investors can be on the lookout for several milestones during the rest of the year. An important one is the expected FDA approval in the third quarter of the SAPIEN 3 valve intended for patients with low surgical risk.