Competition alone couldn't knock iRobot (NASDAQ:IRBT) from its high-growth, high-profit trajectory, but the combination of new rival devices and spiking tariffs did the trick. The consumer robotic cleaning device giant recently lowered its 2019 outlook as the selling environment worsened in the second quarter.

The company still expects to sell many more Roomba and Braava products this year, but growth and profits will likely end up well below management's original projection. 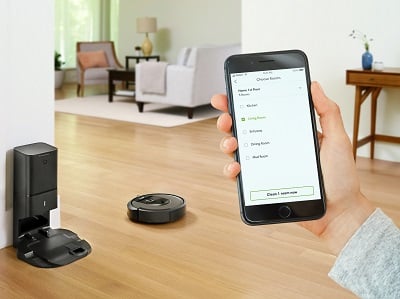 iRobot sold 13% more devices during the past three months to mark an encouraging rebound from the prior quarter's 7% uptick. That boost met management's expectations and included a healthy double-digit sales increase in the competitive U.S. market.

However, a look at the wider trends points to a clear slowdown in the business. Unit volumes are up by just 10% over the past six months versus the same period last year. For comparison, that metric was up 22% at the same point in fiscal 2018, when iRobot went on to reach 23% growth for the full year. Assuming a repeat of those trends, device volume growth is on pace to slow to less than half of 2018's increase.

The company notched higher pricing as its sales mix shifted toward newly introduced robots like the Roomba s9 vacuum and the Braava m6 mop. Customers are paying $307 per device, on average, compared to $296 per device a year ago.

Yet iRobot's costs are expanding at a much faster rate. In fact, its production costs soared 34% in the recent quarter. Some of that increase is a temporary boost that comes from the transition to selling new models that aren't as efficient to produce in the early months. But the bigger factor is the tariffs that are raising input prices by as much as 25%.

CEO Colin Angle and his team made adjustments to try to lessen the profit pinch, but operating income still fell to $5 million from $13 million a year earlier.

The most concerning figure is gross profit margin, which worsened to 45% of sales from 52% a year ago. That decline suggests iRobot can only pass along a small portion of its rising costs to consumers while maintaining its leading market share. The good news is that peers are facing similar cost and profitability pressures. Still, the tariff impact appears to be slowing demand across the industry.

Given the growth-focused posture of the business, iRobot seeks to prioritize market share over short-term profits. Yet the selling environment isn't giving management the choice of targeting robust gains on either score. As a result, iRobot lowered its 2019 outlook on both the top and bottom lines.

Executives now see sales landing at between $1.2 billion and $1.25 billion for a 10% to 14% boost over 2018. Operating income should end up at between $75 million and $100 million, representing a painful 17% decline. iRobot had projected long-term growth of about 10% per year for this profit figure, but 2019 is shaping up to be a major departure from this path.

Management is taking steps to lower costs and spread its manufacturing base out beyond the current focus in China, but those moves will take time before they start supporting profitability. Meanwhile, shareholders have to hope for a resolution to the trade wars so that iRobot's fiscal 2020 can mark a step back toward increasing earnings.