Shares of iRobot (NASDAQ:IRBT) were down 19.3% as of 12:00 p.m. EDT Wednesday after the home-robotics specialist released solid second-quarter 2019 results but lowered its full-year guidance, citing concerns over the U.S.-China trade war.

On the former, iRobot's quarterly revenue climbed 15% year over year to $260.2 million, translating to GAAP earnings of $7.2 million, or $0.25 per share. The company doesn't provide specific quarterly guidance, but most analysts were looking for earnings of $0.03 per share on revenue closer to $268 million. 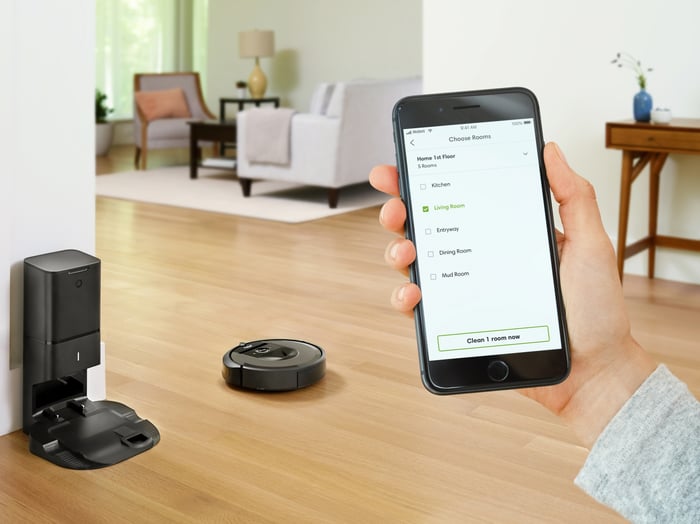 But iRobot CEO Colin Angle stated the company had achieved its internal revenue targets, including double-digit-percentage growth in every major geography, attributing its outsized profits to taking "steps to adjust spending during the quarter."

However, the underlying reason for taking those steps is more concerning to investors; Angle added that iRobot's domestic growth is being hampered by a combination of "the direct and indirect impacts of the ongoing U.S.-China trade war" and related tariffs (which increased from 10% to 25% in May).

During the subsequent conference call, management stated iRobot remains on track to launch its new Terra robotic mower in the third quarter, starting on a limited basis in Germany and as a beta program in the United States.

Angle also elaborated during the call that iRobot has made progress moving manufacturing of some robots outside of China in an effort to avoid tariffs. In the meantime, the company selectively raised prices in order to partially offset its increased costs -- a move iRobot has previously said it would reverse, by the way, should tariffs be dropped.

For now -- and though iRobot's longer-term story remains intact -- the stock is understandably dropping as the market digests its tempered outlook.