Please ensure Javascript is enabled for purposes of website accessibility
Free Article Join Over 1 Million Premium Members And Get More In-Depth Stock Guidance and Research
By Keith Speights - Jul 25, 2019 at 6:00AM

The orthodontic-device maker beat its expectations in the second quarter. But its third-quarter outlook was disappointing.

Align Technology ( ALGN 1.27% ) provided a positive surprise to investors the last time it reported its quarterly results in April. The orthodontic-device maker beat the guidance that it had provided earlier with 28% year-over-year revenue growth.

After posting solid numbers in the first quarter, Align predicted that its revenue would be between $590 million and $600 million in the second quarter. The company announced the results from its second quarter after the market closed on Wednesday. Here's how Align performed. 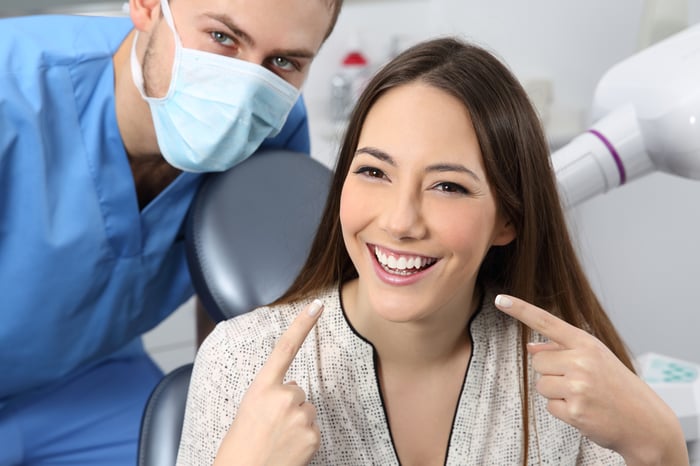 Although the Invisalign shipment growth seems solid, it wasn't as high as Align expected. The company noted that there was "softness in China related to a tougher consumer environment." In North America, Invisalign shipments were dampened somewhat by slower growth in young adult cases.

The company also announced impressive growth for its scanner and services business. Revenue from this unit soared 82.4% higher year over year to $104 million.

Align Technology's bottom-line improvement was driven by a $51 million benefit from the ClearCorrect settlement with Straumann. This boosted Align's earnings per share by $0.57. Without the money from the litigation settlement, the company's earnings would have fallen from the prior-year period.

But it's not quite as bad as it might look at first glance. Align reported an income tax expense in the second quarter of 2019 that was $35.4 million higher than the amount recorded in the prior-year period.

Our second-quarter revenues were at the high-end of our guidance, reflecting Invisalign volume growth primarily from international doctors, as well as very strong sales from iTero scanner and services. Q2 Invisalign volumes were up 24.6% year-over-year reflecting continued adoption from teenage and younger patients, as well as increased utilization among orthodontists and expansion of our customer base which totaled 60,000 active doctors worldwide.

Align expects net revenue in the third quarter will be between $585 million and $600 million. This reflects year-over-year growth of 16% to 19%, which is slower than what the company has delivered in the past. Invisalign case shipments are projected to increase by a similar percentage range to between 370,000 and 380,000.

The company anticipates third-quarter earnings per share between $1.09 and $1.16. This earnings guidance is disappointing, since it represents a 9% year-over-year decline at the midpoint of the range. Why is Align so pessimistic? Hogan said, "Given the uncertainty in China, our outlook for the third quarter reflects a more cautious view for growth in the Asia-Pacific region."

It remains to be seen how long the headwinds in China will last. But with Align's shares trading at a premium valuation, any hint of problems will likely weigh on the stock. However, Joe Hogan noted in the company's first-quarter conference call that China is "a great growth market" for Align over the long run. Align is still in the early innings of its expansion in the country. Temporary hiccups shouldn't be too worrisome for long-term investors.