In spite of continued challenges facing the craft beer market and the relative underperformance of its flagship Samuel Adams varieties, Boston Beer ( SAM -2.85% ) announced better-than-expected second-quarter 2019 results on Thursday after the markets closed. For that, the craft brewer once again credited the growing popularity of its Twisted Tea and Truly Hard Seltzer lines.

Of course, we can't forget that -- shortly after the quarter's end -- Boston Beer also closed on its $300 million merger with Dogfish Head Craft Brewery, diversifying its beer offerings and adding a lucrative source of incremental sales and profits in the process.

Let's settle in, then, for a more detailed taste of Boston Beer's performance to end the first half, as well as what investors should be watching in the coming quarters. 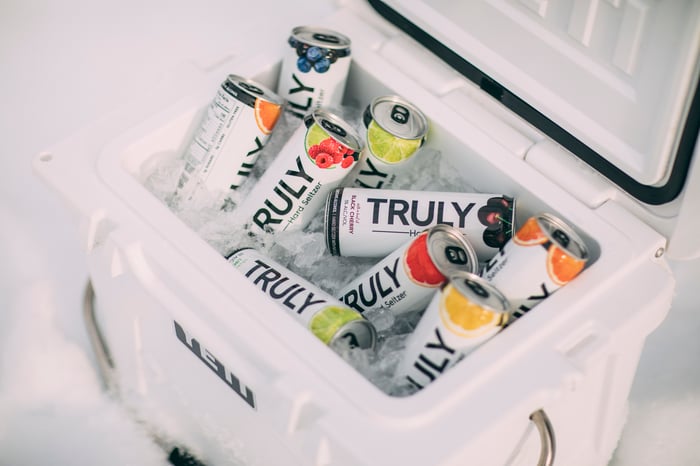 Burwick further noted that while the company is happy with its performance, accelerated depletions trends have proven "challenging operationally." He elaborated:

We have been operating at capacity for many months and have increased our usage of third-party breweries during the quarter in response to the growth. In particular, the additional Truly volumes have come at a higher incremental cost, due to an increased usage of third-party breweries and a higher percentage of variety packs in the company's overall mix, which is negatively impacting our gross margin expectation for the year. Our new automated variety pack can line in our Pennsylvania Brewery that began production this quarter should help relieve these pressures as it ramps up during the third quarter. We will continue to invest to increase capacity as appropriate to meet the needs of our business and take full advantage of the fast-growing hard seltzer category.  We're in a very competitive business and we are optimistic for continued growth of our current brand portfolio and we remain prepared to forsake short-term earnings as we invest to sustain long-term profitable growth, in line with the opportunities that we see.

Jim Koch, Boston Beer's founder and chairman, added the company continues to face a "general softening" in its niche of the craft beer category, particularly as consumers enjoy an "overwhelming number of options" in the beer aisle. Nonetheless, Koch says Boston Beer will continue investing to improve trends in an effort to return its flagship Samuel Adams varieties to sustained growth.

In the end, Boston Beer certainly has work to do before it's truly firing on all cylinders. But as long as it can sustain growth with the help of acquisitions and its Truly Spike and Twisted Tea options, you'll be hard-pressed to find too many shareholders willing to complain about its consolidated performance.