The children's clothing company also seems to expect light growth in the second half. Here's what investors need to know.

Carter's (CRI -5.49%) announced second-quarter 2019 results early Thursday, reflecting strong domestic demand for its spring and summer children's clothing lines. Notably, the kids' apparel specialist swung back to revenue and earnings growth as it distances itself from the painful bankruptcies of Toys R Us and Bon-Ton.

But Carter's also "merely" reaffirmed its full-year outlook despite its relative outperformance to end the first half. Let's take a closer look at what the company had to say, as well as what investors should be watching in the coming months. 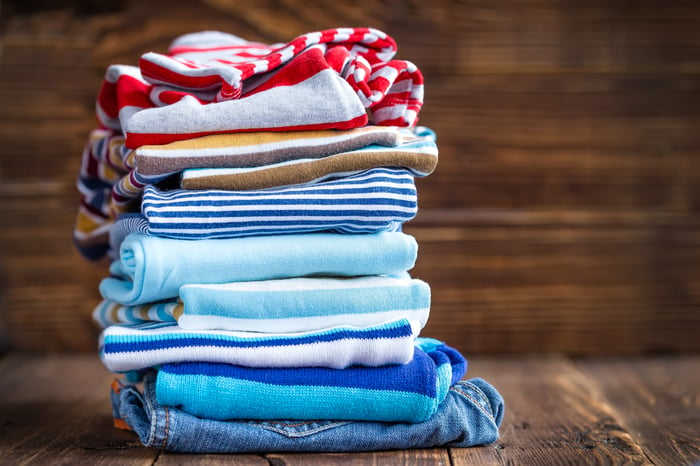 We achieved our sales and earnings growth objectives in the second quarter. Our growth was driven by our retail and wholesale businesses, and reflects good demand for our spring and summer product offerings. Given the strength of our product offerings and related marketing strategies, we are expecting good growth in the second half and reaffirming our sales and earnings growth objectives for 2019.

So why reaffirm full-year guidance after such a strong quarter? For the third quarter, Carter's expects net sales will climb 1% year over year, which should translate to 3% to 4% growth in adjusted earnings per share from $1.61 in last year's Q3 (or to an approximate range of roughly $1.66 to $1.67). By comparison -- and though we don't usually pay close attention to Wall Street's demands -- most analysts were modeling higher Q3 earnings of $1.87 per share on a slightly more pronounced 3.3% increase in sales.

Carter's has made a habit of underpromising and overdelivering in recent quarters, which could be why -- with the stock up around 5% in the morning's early trading as of this writing -- it seems the market is willing to forgive its seemingly light near-term outlook.