Shares initially jumped nearly 4% in after-hours trading on Wednesday, which we can attribute to the company's sequential revenue growth rate accelerating (rather than decelerating as management had projected) and both top and bottom lines exceeding Wall Street's consensus estimates. However, the stock soon gave back most of its gain as investors digested both the results and management comments on the earnings call reiterating that sequential revenue growth deceleration is still expected for the remainder of the year.

The stock ended Wednesday's after-hours session up 0.9% and had gained 56.1% in 2019 through the regular trading session on Wednesday. 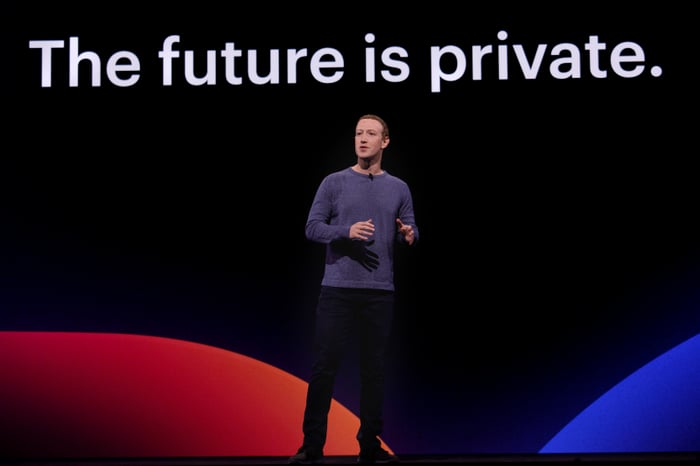 Wall Street was looking for adjusted EPS of $1.88 on revenue of $16.5 billion, so Facebook beat both expectations.

Expounding on the key numbers:

Advertising revenue grew 28% year over year to $16.62 billion, or 98.4% of total revenue, and payments and other revenue jumped 36% to $262 million. The latter category's growth was primarily driven by sales of new products, notably the Oculus Quest and Oculus Rift S virtual-reality (VR) headsets, CFO Dave Wehner said on the earnings call.

The average price per ad decreased 4% year over year due to an ongoing shift in mix toward Stories ads and geographies that monetize at lower rates. But strong growth in the number of ad impressions -- up 33% year over year -- more than compensated for the slightly declining average ad price. As with last quarter, impression growth was primarily driven by ads on Instagram Stories, Instagram Feed, and Facebook News Feed.

Absent the negative impact of foreign currency exchange, revenue grew 32% year over year. While Facebook doesn't provide specific quarterly guidance, management had said on last quarter's earnings call that it expected sequential constant-currency revenue growth rate deceleration throughout the year. So the fact that revenue growth accelerated was a nice surprise for investors. In the first quarter of 2019, revenue jumped 26% year over year, down from a 30% growth rate in the fourth quarter of 2018.

Adjusted results exclude two one-time items included in the GAAP results: a $1.1 income-tax expense related to the recent reversal of a legal ruling regarding the treatment of share-based compensation expense and an additional $2 billion charge related to the $5 billion U.S. Federal Trade Commission settlement. The FTC had launched a probe into the company's data and privacy practices following the Cambridge Analytica data security scandal that came to light last year. The settlement was officially announced on Wednesday morning, though it didn't come as a surprise, since recent reports citing "people familiar with the matter" had pegged the monetary settlement at $5 billion. Facebook took a charge of $3 billion last quarter in anticipation of a fine, which is why it's "only" taking a $2 billion hit in the second quarter.

Facebook's operating income and earnings are being pressured from increased spending to improve data security and user privacy, along with other related issues. Even if we exclude the two one-time items previously noted, both operating and profit margins declined notably. Adjusted operating income and adjusted net income each grew only slightly less than half as fast as revenue did on a year-over-year basis. This dynamic also played out last quarter. 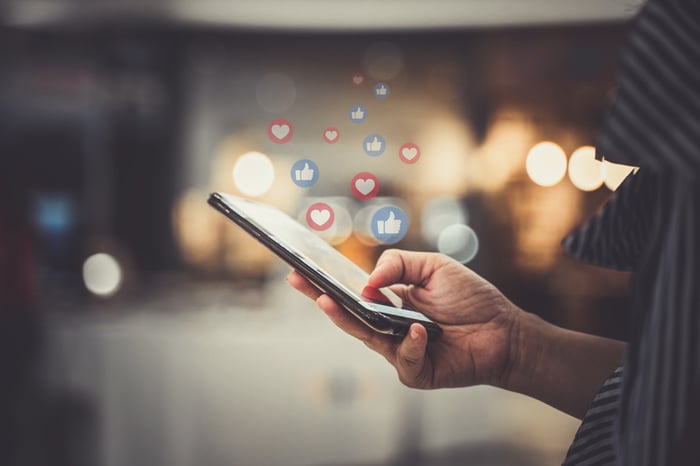 In addition, Facebook estimates that more than 2.1 billion people used at least one of its family of services -- Facebook, Instagram, WhatsApp, or Messenger -- on a daily basis in June, and more than 2.7 billion people were active on a monthly basis, according to Wehner's comments on the call.

Regulatory scrutiny is heating up

Facebook may have just settled with the FTC for a record-setting $5 billion, but it's not out of the regulatory woods. In the earnings release, the company said, "In June 2019, we were informed by the FTC that it had opened an antitrust investigation of our company. In addition, in July 2019, the Department of Justice announced that it will begin an antitrust review of market-leading online platforms." The DOJ news was public, so no surprise on that front.

Here's what Wehner said on the call regarding the just-announced FTC settlement:

I want to reiterate that our agreement with the FTC involves implementing a comprehensive expansion of our privacy program, including substantial management and board of directors' oversight, stringent operational requirements and reporting obligations, and a process to regularly certify our compliance with the privacy program. These efforts will require significant investments in compliance processes, personnel, and technical infrastructure. In addition, these efforts will make some of our existing product development processes more difficult, time consuming, and costly.

Facebook's results were quite good in light of the FTC fine and the ramped-up spending to better secure its platform against privacy breaches and the various effects of "bad actors" in general.

Wall Street is modeling for adjusted earnings to contract 6% this year and then grow 31% year over year in 2020. Given comments that Wehner made on the call about expenses in 2020 related to complying with the FTC settlement, I'd not be surprised to see the consensus for 2020 earnings growth come down.