Genetic medicines are beginning to make their way to market after decades of promise. The first gene therapy drug was approved in 2017, while the first drug based on RNA interference (RNAi) was approved in 2018. Next up: CRISPR gene editing.

Or that's what investors are hoping for, anyway. The potential of CRISPR gene editing has lifted CRISPR Therapeutics (NASDAQ:CRSP) to a market cap of $2.7 billion, even though its first drug candidate only entered clinical trials months ago. Despite that, the business does appear to have the best strategy among peers. It also has the largest pile of cash. While that doesn't guarantee success, it bodes well for the next five years. Here's what could happen in that time. 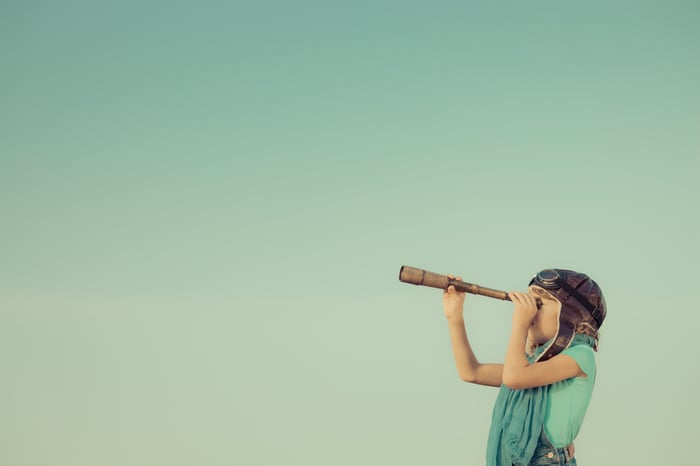 Where the business is today

CRISPR Therapeutics was the first company using CRISPR gene editing to enroll patients in a clinical trial. Its lead drug candidate, CTX001, is being studied as a treatment for two blood disorders: beta thalassemia and sickle cell disease. The strategy is to correct certain disease-causing mutations by applying the enzymatic DNA editor to cells extracted from a patient's body. The approach, called ex vivo gene editing, allows clinicians to screen engineered cells for abnormalities before injecting them back into a patient. The extra control provides a significant advantage over in vivo gene editing, which injects the CRISPR cocktail directly into patients.

CTX001 is being developed with Vertex Pharmaceuticals (NASDAQ:VRTX). Given Vertex's focus on rare diseases caused by relatively simple genetic mutations -- the ideal candidates for curative genetic medicines -- it could reap significant rewards for its early investments in CRISPR tools. The relationship has provided significant value to CRISPR Therapeutics, too, by de-risking early business activities. It exited March 2019 with $437 million in cash thanks in large part to a combination of upfront and milestone payouts earned from its deep-pocketed partner.

That will give CRISPR Therapeutics more than $500 million in cash at some point in the second half of 2019. It will certainly be needed. In addition to clinical (CTX001) and preclinical (DMD and DM1) activities being pursued in collaboration with Vertex Pharmaceuticals, the business is developing three wholly-owned immunotherapies: CTX110, CTX120, and CTX130. They're likely to be the next three drug candidates that enter clinical trials from the company's pipeline and will be costly to develop.

All things considered, CRISPR Therapeutics finds itself with an enviable balance sheet and pipeline as it approaches the end of 2019. But, what might investors expect in 2024? 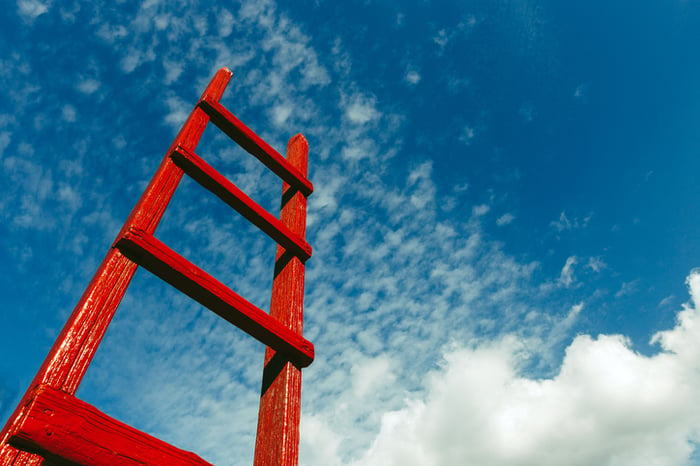 Where the business could be heading

For better or worse, the next five years will be chock full of activity for CRISPR Therapeutics shareholders. Here are possible scenarios for the distinct opportunities known to investors today:

CTX001: Investors will have a pretty good idea about the market potential of the lead drug candidate by 2024. If development continues without a hitch, then CTX001 should have wrapped up phase 2 trials. If it lives up to the hype and demonstrates curative potential, then it could have earned Breakthrough Therapy Designation from the U.S. Food and Drug Administration. Of course, it could also fail miserably.

While the ex vivo approach has its advantages, one source of uncertainty is the fact that you can't actually edit red blood cells, which are one of the only cell types that don't contain DNA. Instead, CTX001 tinkers with the genetic code of the stem cells that produce red blood cells. That adds an extra step for both extraction and injection, and could result in an ineffective therapy or nondurable responses if a hole emerges in the hypothesis being pursued by researchers.

Immunotherapies: CRISPR Therapeutics should have at least three immunotherapy candidates in clinical trials by 2024. The value of using gene editing to design T cell-based immunotherapies is two-fold. First, it can allow any donor or cell line to become a universal supply of T cells, something that isn't possible today. Second, it can theoretically make T cells more active against cancer cells. If the approach works, then engineered immunotherapies could become the company's most important value driver within five years.

DMD and DM1: It could take quite some time before Vertex Pharmaceuticals and CRISPR Therapeutics start exploring genetic medicines for DMD. Such a drug candidate would have to be administered with the more difficult in vivo approach. More challenging than that, it would have to provide a working copy of the dystrophin (or micro-dystrophin) gene to have a therapeutic effect, rather than just snipping or shifting the existing genetic code. Insertion is theoretically possible with CRISPR gene editing, but it hasn't been attempted in humans to date. By contrast, DM1 may be a better initial target, since a drug candidate would only have to snip out a repeating genetic sequence to treat the disease (on paper, anyway).

Vertex Pharmaceuticals relationship: If drug development efforts with CTX001 and preclinical work in DM1 go according to plan, then it's possible Vertex Pharmaceuticals will consider acquiring CRISPR Therapeutics. It would be cheaper than paying out milestone payments and a decade or so of royalties. Acquisition or not, investors can expect the relationship to grow closer by 2024 with a collaboration to develop drugs for cystic fibrosis -- the current focus of the $44 billion pharma leader's product portfolio and an ideal candidate for gene editing.

Other programs to watch: CRISPR Therapeutics is also conducting proof-of-concept work with ViaCyte for an ex vivo genetic medicine aimed at Type 1 diabetes, which could enter the clinic by 2024. There's also a wholly-owned, in vivo genetic medicine aimed at a glycogen storage disease, but that's still in the earliest stages of development and likely to face fierce competition from gene therapies and enzymatic medicines in development today.

As the survey of possibilities makes clear, investors will have no shortage of updates and potential catalysts to watch in the next five years. It helps that CRISPR Therapeutics has built its pipeline to ward off some of the uncertainty facing CRISPR gene editing. If some clinical applications fail, then other approaches could still work. That insulates the business and shareholders against a scenario in which Wall Street writes off the entire pipeline should the first drug development efforts stall. Of course, there's still a long way to go, so individual investors might be best served by taking a cautious approach with the stock.