Revenue rose 4% in the quarter to $1.15 billion, and operating profit was $7.3 million versus a loss of $126.6 million a year ago, which included an $83.1 million impairment charge. Using generally accepted accounting principles (GAAP), the loss per share was $0.66. But on a non-GAAP (adjusted) basis, earnings were $0.06 per share. Analysts were only expecting $1.06 billion in revenue and a $0.14 loss per share. 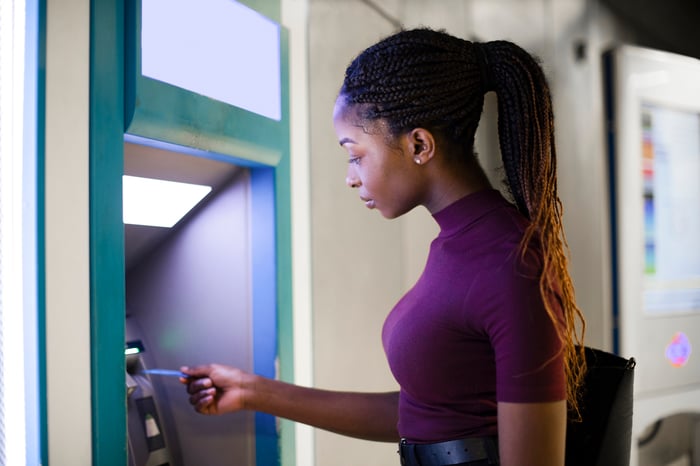 Management increased full-year guidance to the top end of its previous range. It now expects $4.5 billion of revenue and $400 million to $420 million of adjusted EBITDA.

Traction in the DN Series of ATMs is powering some of the improvement in financials, and that's what management pointed to as an operating driver. The market had clearly lowered expectations to the point that it was fairly easy for the company to exceed them, and that's the real reason the stock jumped today. If Diebold Nixdorf can continue to exceed guidance for the rest of the year, there's no reason this stock's run can't continue.