Expected to earn just $0.04 per share on $275 million in sales for its fiscal second-quarter 2019, WWE instead reported a $0.10 per-share profit despite sales falling short of estimates at $268.9 million. 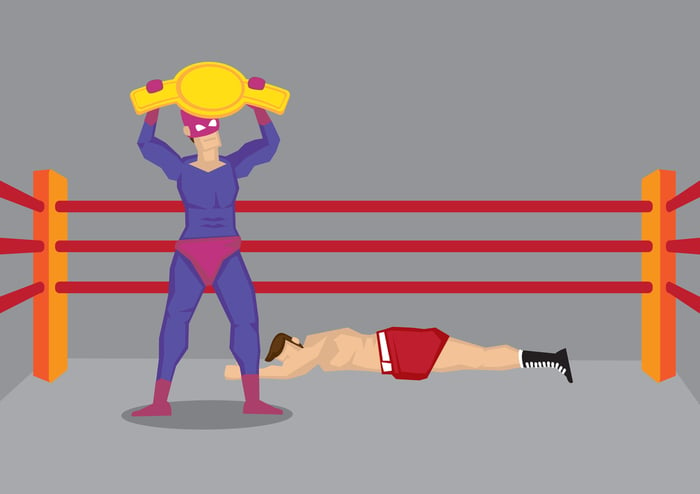 This was a sort of bad news/good news quarter for World Wrestling Entertainment. Sales declined 5% year over year, about twice as bad as analyst estimates had predicted. Profits, on the other hand, were expected to decline from the $0.11 per share WWE earned a year ago, but instead, they held steady.

Going forward, however, the news might not be as good.

Company co-President George Barrios warned that while "earnings exceeded guidance" in Q2, "we anticipate a portion of this to reverse" in coming months. "Adjusted operating income before depreciation and amortization [OIBDA]" is expected to decline year over year in Q3, "primarily due to increases in fixed costs, including the impact of investment, as well as lower WWE Network subscription revenue, which more than offset the escalation of core content rights fees."

Nonetheless, management insisted it will still hit its targeted "Adjusted OIBDA of at least $200 million" for the full year. Viewed in conjunction with the Q2 beat, this continued confidence in full-year results probably explains investors' decisions to applaud the results despite weak Q3 guidance and the revenue miss in Q2.